Pyarelal Wadali the Legend Whose Music is Immortal

Pyarelal Wadali of the Wadali-Brothers duo passed away recently due to cardiac attack. Their genre of music and rich work will continue to inspire many musicians and music enthusiasts. Contributions to the domain of Sufi music remind us of the great lineage of poets and philosophers with a difference, with a devotional touch. 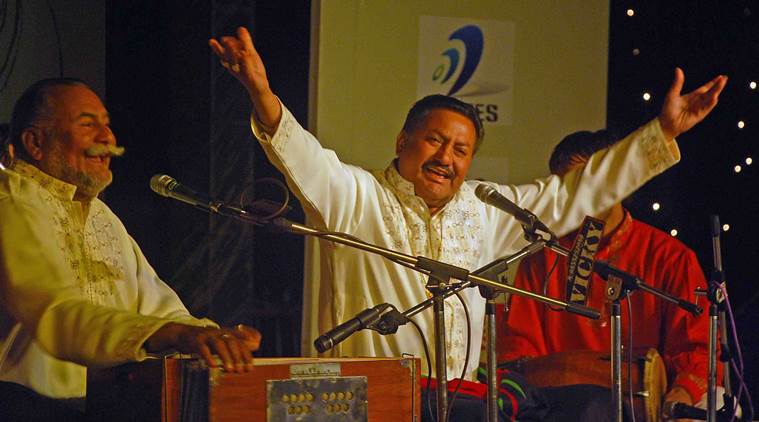 Pyarelal Wadali of the Wadali-Brothers duo passed away recently due to cardiac attack. Their genre of music and rich work will continue to inspire many musicians and music enthusiasts.  Contributions to the domain of Sufi music remind us of the great lineage of poets and philosophers with a difference, with a devotional touch.

The music of the Sufis is indeed one that is cherished throughout the world by music lovers. These musical renditions are themed upon the lyrical poems of the Sufi genre and so have deep and profoundly spiritual meanings. It can be said to be a kind of spiritual or devotional music that is based on the poetic compositions of the great poets like Bulleh Shah, Amir Khusrow,  Rumi, Hafiz and Khwaja Ghulam.

The Sufis visualise music to be a gateway to God and so their lyrical compositions are indeed beautiful and inspiring.  Legendary Sufi artist Ustad Pyarelal Wadali who was the younger among the well-renowned duo Wadali-Brothers died in Amritsar recently. This iconic Sufi singer died  of a cardiac attack at the age of seventy five. The Wadali brothers have originated from Punjab and are known for their Sufi music inspired by the language of Punjabi. They began their stint as Bhajan singers and also sang some famous songs in Hindi film industry.

The music composed and sung by the Wadali brothers will continue to inspire generations of music lovers. The loss of such a great singer is immense and we truly acknowledge his great contributions. The power of Sufi music is its capacity to take people into a domain of utter silence and celebration, the music and rhythm are deeply spiritual and philosophic. Artists such as Pyarelal Wadali gave their years to the development of this kind of music and they shall always be remembered.

If you Liked the story? Go ahead and support the cause of independent journalism. DONATE NOW