This is Our Digital India!

CRITICAL INSIGHT | Is it post-truth? Or is it our destiny -living amid absurdities?
Jharkhand lynching to Mehul Choksi 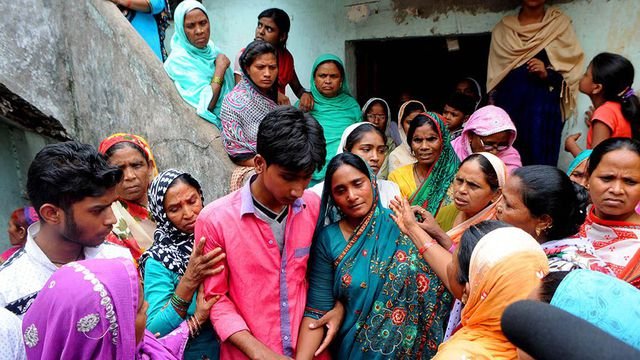 Is it post-truth? Or is it our destiny -living amid absurdities?

It doesn’t stop with lynching

It has been over a year since 45-year-old Alimuddin Ansari was lynched by a mob of cow vigilantes in Jharkhand. But then, his death certificate has not yet been issued. His son needs it; otherwise, it is impossible to claim insurance/bank savings. See the callousness of the local police. They are yet to submit a report to establish where he died. This is the ground reality that the ruling establishment in Delhi needs to know. We are often led to believe that here is a ‘performing’ Prime Minister who has given us the gift of DIGITAL INDIA.

Quite often, the sponsored television channels spread the message – here is a government that loves ‘efficiency’, works fast, and unlike the old Nehruvian days of slow growth and inefficient bureaucracy, we are in a new age: everything is recorded, documented, computerized, and things happen without any delay.

Yet, this false claim crumbles every moment when you bother to know what happens to innumerable unknown Indians when they have to come to police stations, block development offices and revenue departments for some urgent work.

Files do not move; bureaucracy fails to overcome its inertia; the unspoken language of money makes it difficult for anything to happen smoothly. Furthermore, who bothers about the likes of Alimuddin Ansari? The proud children of ‘Bharat Mata’ hate them. The cops suspect them as potential traitors; and the heavily paid, yet utterly biased and insensitive television anchors do not bother to narrate this story because , as it is believed, the master narrative of ‘progress’ initiated by the present regime should never be questioned.

Yes, celebrate the mythology of Digital India. Meanwhile, let the victim’s family continue to struggle to get the death certificate!

Save Choksi, he is your hero

Don’t be surprised. This is our sense of justice. Let Alimuddin be lynched. However, the notorious Mehul Choksi has to be rescued. As it is reported, he was granted citizenship in Antigua and Barbuda on the basis of police clearance certificate issued by the Regional Passport Office, Mumbai . Brilliant! This jeweler, as it is alleged, looted the Punjab National Bank. However, unlike Alimuddin, he possesses money; he is the one with  widespread social/political networking; he matters. True, we are efficient. The machinery functions pretty efficiently when the likes of Choksi have to be shifted to a ‘safe’ land; however, when Alimuddin’s son needs his father’s death certificate nothing moves. Social inequality – and that too in a pathologically insensitive system like ours–does not wither away. Instead, we reproduce it everyday.

Be prepared. Another scam. Another lynching. Another escape. Another harassment. Another prime time panel discussion celebrating Mr. Modi’s India–its continual progress that makes the ‘Republic’ proud!