Home - The New Leam - On Sadhguru, JNU Administration and the Mythology of Peace
The New Leam

VIEWPOINT | In this argumentative piece, the author has questioned the way the JNU administration has trivialized the meaning of the Nehru Memorial Lecture by inviting the much-hyped Sadhguru to speak on ‘youth and truth’.
Avijit Pathak 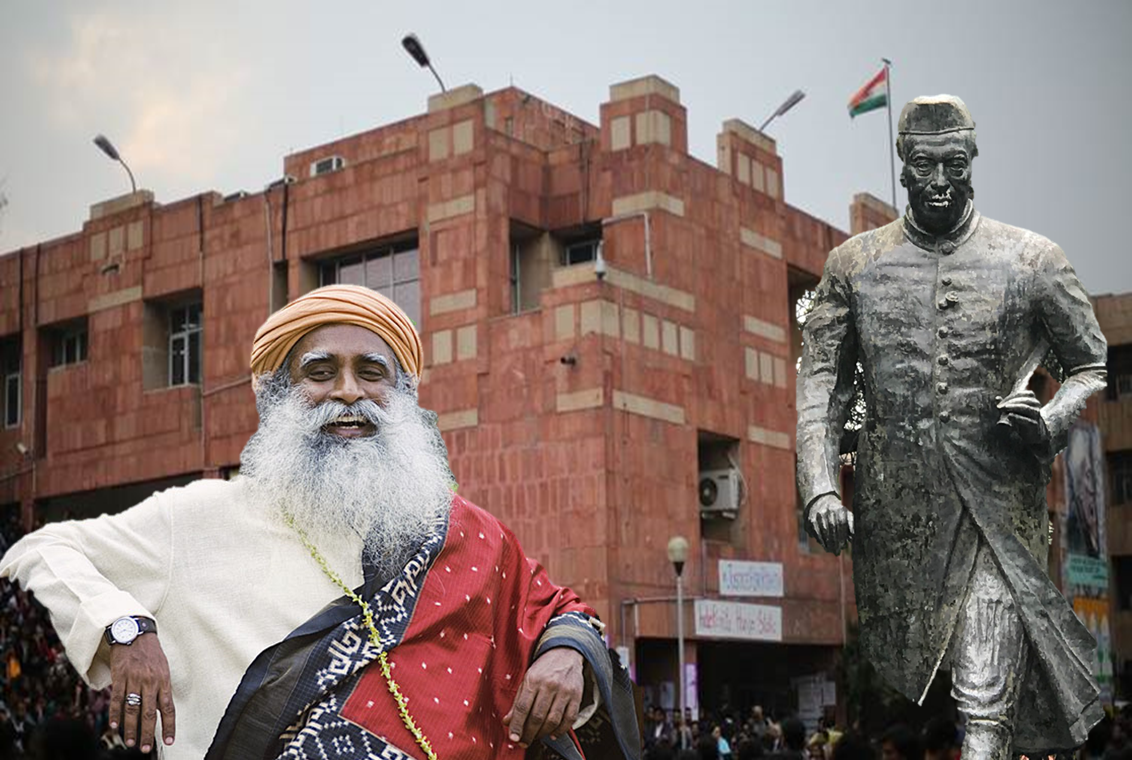 In this argumentative piece, the author has questioned the way the JNU administration has trivialized the meaning of the Nehru Memorial Lecture by inviting the much-hyped Sadhguru to speak on ‘youth and truth’.

[dropcap]I[/dropcap] know that it does not matter if an insignificant teacher like me makes a conscious decision not to attend the JNU Nehru Memorial Lecture to be delivered by Sadhguru on September 25. Yet, I believe that my act of pedagogic dissent, irrespective of its outcome, has a meaning precisely because a university, unlike a military camp, evolves through alternative visions, conflicting worldviews and diverse perspectives. Conformity need not necessarily be seen as a virtue;  in fact, an ethos of dignified dissent backed by academic/philosophic/political arguments enriches the cultural landscape of a university. Yes, there is nothing personal in my critique of Sadhguru delivering the Nehru Memorial Lecture. My arguments, as this article would reveal, are based on serious sociological and philosophical considerations.

Jawaharlal Nehru and Beyond

To begin with, let me refer to Jawaharlal Nehru. I know it is not easy to invoke him at a time when the ruling ideology – a mix of hyper-masculine cultural nationalism and neo-liberal capitalism–degrades Nehru through its widespread network of ‘communication channels’. ‘Fake secularist’, ‘immoral/westernized’ ruler and the ‘enemy of Sardar Patel and Subhas Chandra Bose’ – the allegations are many.

Yet,  when one acquires the courage or sanity to see beyond this toxic social media campaign against Nehru, one realizes that the first Prime Minister of India – possibly, the most charismatic one–was a gifted scholar and thinker. Furthermore, as  a truly pan-Indian leader, he showed his ability to hold a fractured nation together – and that too at a time when the Cold-War politics was posing a serious threat to the sovereignty of the newly independent nations.

His classic text Discovery of India revealed the meaning of an insightful search for understanding the complex and subtle interplay of modernity and tradition, civilizational heritage and the new ethos of liberal democracy, egalitarian socialism and scientific temper. Likewise The Glimpses of World History was a brilliant documentation and analysis of the historical transformation–say, the inventions of modern science, the impact of Marx, Freud and Darwin on our thinking, and the age of colonialism and nationalist movements. His Autobiography too indicated the creativity of a thinking mind – say, his immense admiration for Mahatma Gandhi, yet his discomfort with Gandhi’s ‘metaphysical’ orientation to the world, or his critique of modernity as articulated in Hind Swaraj. Again, as a leader he sought to consolidate the foundations of a postcolonial state with periodic elections, five-year planning, industrialization , the establishment of modern centers of learning and a broadly  secular public sphere with some sort of ‘scientific temper’.

I am not saying that Nehru was perfect. In fact, the failures of Nehru are diverse and many. For instance, the practice of ‘mixed economy’, far from taking us towards a reasonable degree of egalitarianism, intensified statism and red tapism.

Likewise, the inherent centralizing tendency in the Nehruvian project of modernity caused a huge gap between the urban elites and the large section of Indian masses, between ‘official secularism’ and people’s ‘folk religiosity’. Nehru succeeded; and Nehru failed. He made us think, even though we should not stop seeing the limits to the Nehruvian vision. And this is precisely the reason why a university like JNU ought to organize the Nehru Memorial Lecture – not necessarily to agree with him or valorize him, but to raise new issues, and reflect on the emerging challenges. Nehru too raised new questions and reflected on his times. Hence, to recall him is to retain the tradition of critical thinking.

Let me propose a set of critical issues we can think of for the occasion of the Nehru Memorial Lecture:

(b) Scientism, Technocracy and Ecological Movements: A Critical Look at the Nehruvian Perspective on Development

(c) Hindutva, Pluralism and Cultural Syncretism: Rediscovery of the Mind of Nehru

And we can think of a galaxy of speakers say, Ashis Nandy, Ramachandra Guha, Medha Patkar and Bhikhu Parekh – to deliver the Nehru Memorial Lecture, and arouse the creative imagination of the young. However, the JNU administration thinks differently. It chooses to invite Sadhguru to deliver the Lecture.

Well, Sadhguru is a distinctive figure – a ‘spiritual guru’ known for excellent oratory and the practice of ‘inner engineering’. His fluent English, his references to mythologies and religious texts, his wit and humour, his look and symbolism, and his interaction with those who ‘matter’–political bosses, corporate executives, film stars and cricketers–has added to his ‘charisma’. At a time, when a market-driven hollow existence causes inner emptiness, and the spiritually impoverished affluent class seeks instant ‘Enlightenment’ without questioning the structure of society–the logic of reckless speed, the fetish of ‘growth’ and ‘efficiency’, the quantification of performance, the instrumental use of time and resources, the practice of conspicuous consumption causing perpetual restlessness for ‘having’ more and more, and the new management discourse of ‘good living’–the phenomenon called Sadhguru or Shri Shri Ravishankar arises. Unlike Buddha, they do not ask you to renounce your privilege. Unlike Ramakrishna and Kabir, they do not want you to break all armours of ritualism and regain the lost innocence. And unlike Christ and Rumi, they do not ask you to love and be reduced into zero. Instead, they whisper into your ears: ‘Follow this breathing exercise. Utter this mantra. Like summer holidays, give a break, join the meditation camp in a lavish ashram, and be ‘successful’ in life. There is no spiritual radicalism in their practices and preaching. This is merely a ‘feel good’ technique– a ‘conscience’ of the rich and the powerful. Not surprisingly, it is not difficult for the State to absorb them. And in the age of media-induced spirituality they become ‘stars’.

I,therefore, believe that Sadhguru is not the right person for the Nehru Memorial Lecture–the way Judith Butler is not the right person to deliver a lecture on Sri Aurobindo’s ‘integral yoga’.  In fact, to invite Sadhguru to deliver the Nehru Memorial Lecture is to trivialize the occasion; this is to dilute the criticality of social philosophy and political thinking. Or is there a sub-text? Is it an effort to give a lesson to the ‘Nehruvian leftists’, and tell them that their days are over, and now they must be prepared to hear the songs of the market-induced/packaged religiosity?

In the presence of the Vice-Chancellor and other officials Sadhguru will initiate a dialogue on ‘youth and truth’. Possibly, a world that sanctifies violence goes against any authentic search of truth. In a way, as Gandhi demonstrated beautifully, to strive for truth is to strive for a morally strong non-violent resistance against all that promotes violence and associated falsehood. However, the question is: Why violence? Well, violence in the material/phenomenal world prevails because of all sorts of unevenness – class divisions, caste hierarchies, asymmetrical distribution of economic and cultural capital, and the coercive machinery of the state that often represses people’s aspirations for a just society.

Moreover, there is technological violence; and all sorts of psychic/symbolic violence exist in the form of stigmatizing and excluding the ‘other’. Is it possible for Sadhguru to initiate a dialogue on truth by stating clearly how structural violence goes against the essential spirit of truth? Is it possible for him to make the youth aware of the all-pervading violence in our times–the violence perpetuated by many of his celebrity followers? Is it possible for him to say that the ruling ideology is violent? Can he say that ‘encounter deaths’, the arrest of ‘rights activists’, cow vigilantism, and the surveillance network through which the state monitors, classifies and hierarchizes its citizens  are striking illustrations of violence? Can he say that the entire propaganda machinery  with its media simulations and hyper-reality takes us to ‘post-truth’? Can this violence of falsehood be combated merely through a discourse that we find in ‘self-help’ books?

And see the specificity of the context. Is the administration creating an environment at JNU which is really conducive to an authentic search for truth ? Or is it that the administration is terribly violent–the way it destroys all channels of dialogue and communication, the arbitrary rules and regulations it imposes on the students and teachers, the way even for participating in a peace march teachers are issued ‘show cause’ notices? Truth demand a spirit of conversation, fearlessness  and trust. Is it possible in an environment that is based on fear and surveillance? Is it possible for Sadhguru to give some good advice to the Vice-Chancellor and his team? Or is it that he would pretend that everything is normal, and JNU students and teachers need simply a lesson in the appropriate ‘meditative practice’ to feel ‘positive’, remain ‘truthful’, and say ‘yes’ to all that the ‘benevolent’ administration is doing for the university? 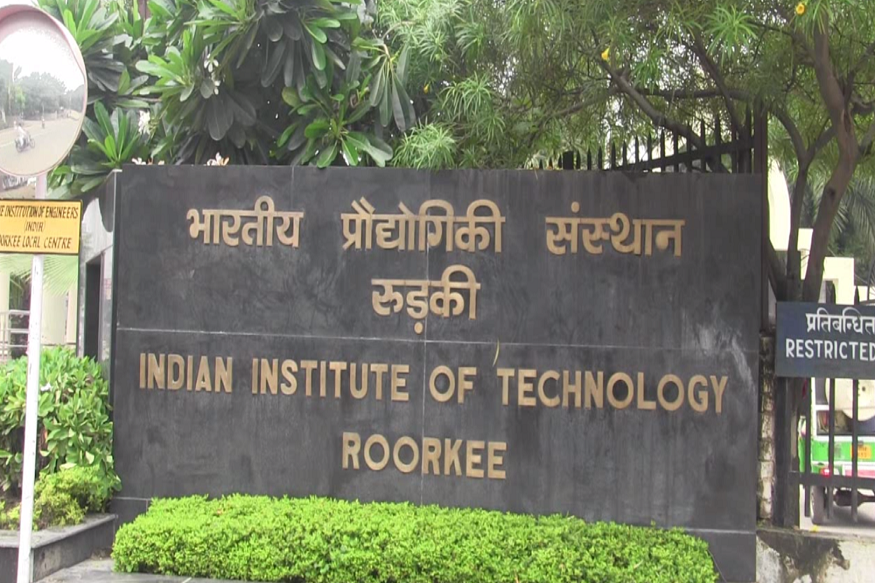