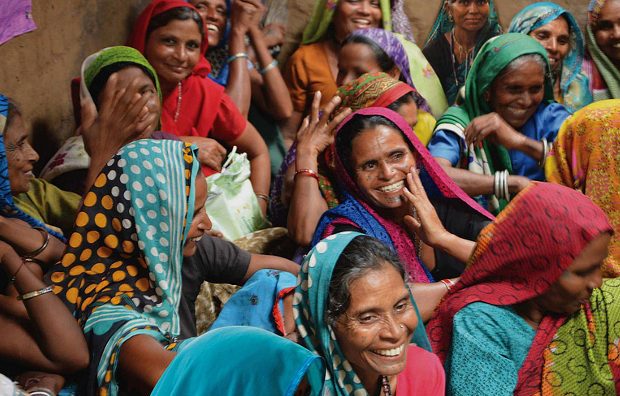 We live in the age of hyper-media simulation and amidst these times it is important that both women and men collectively rethink sexuality as it is intrinsically related to the lives they lead and the cultures they produce.

Priyanka Trivedi is a freelance journalist – based in Mumbai.

Socio-political issues such as the religious oppression of women, the growing cases of violence and the inability of governments to take adequate precautionary measures, the portrayal of women as subjects in a patriarchal ethical-cultural domain and the objectionable statements made by politicians against women’s right to the freedom of clothing- are all frequently under the vigilant feminist gaze. The voice of this section of the population has spoken about the many ways in which women as a category are marginalised, misrepresented, controlled and oppressed under the structural constraints of a patriarchal system.

After centuries of oppression and being treated for the larger part of history as thinkers such as Simone de Beauvoir argued, the second/the inferior sex, these voices for women’s liberation indeed play a crucially significant role for they promise a break from the oppressive shackles of male domination and the brutality of patriarchal power. However, it is paradoxical that as women we have yet not been able to negotiate our way through an equally oppressive, hegemonic and ruthless system called the ‘market’ and its associated charms and seduction. The face of the male patriarch is quite conveniently replaced by the face of a brand, a lifestyle or a product and we become ready to non-problematically associate ourselves with it. Thus now instead of a father, brother or husband telling me to live life a certain way I am told how to live by the logic of brands. Thus ‘purchasing power’ or my ability to afford a certain dress, a handbag or a car of a certain brand defines my worth as an individual.  Moreover, the discussion on the right to my own sexuality is just limited to the right to choose my partner and dress in clothes that I wish to- seldom do we ask ourselves if we are really anything more than our ‘sexualities’ when we crave for designer brands, iconize film/pop stars for their perfect figures and rich- good looking boyfriends and decide to put on display our long legs instead of our creative selves?

My feminist friends often dance on provocative item numbers and have on their electronic devices jokes that are essentially sexist, many of them are infuriated when others tell them what to wear but seldom feel anxious when their favourite celebrity undertakes a cosmetic surgery to fit into the ideal type of beauty defined by the consumer society, they find themselves liberated when they buy brands with their own money but hardly have the time to speak to a woman who lifts bricks at the construction site across the street?  Why are women divided in their feminism instead of being united by it?  Why are certain oppressions accepted as empowering when intrinsically they deny women all the dignity and respect that they deserve as individuals?  As women why do we remain fixated on the debate between patriarchal right over women’s bodies versus women’s own right rather than moving beyond the idea and asking if women are something beyond just the gross reality of the body? Why are clothing rights discussed more than the right to thought, intelligence and action? Why after all has feminism not penetrated into the grassroots  and taken into its folds thousands of ordinary women who live everyday struggles and dream ordinary dreams, it is time we pulled it out of the walls of classrooms and universities and take it to the streets….it is time that we as women look through the conspiracy of the market society that commodities, objectifies and reduces woman into a product and then quite successfully consoles her through the seduction of brands and through it the promise of liberation. Can we take a little break and stop for a moment to rethink?