The Burden of Schooling Twenty Five Years after the Yashpal Report

Education & Policy | To reduce the burden of school bags, we must rethink the very agenda of schooling. 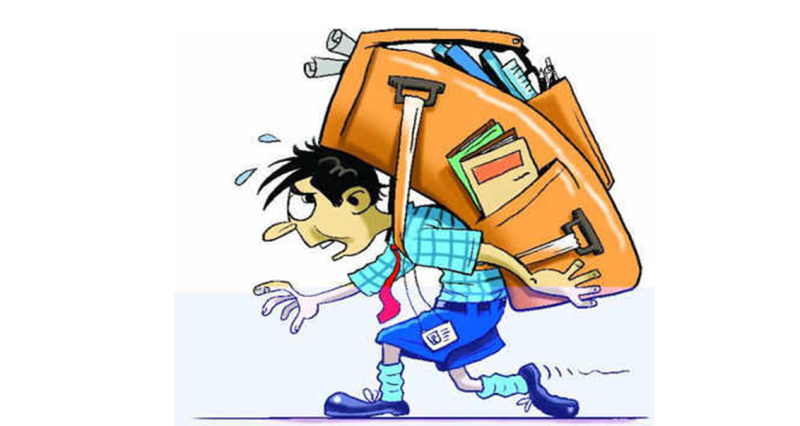 To reduce the burden of school bags, we must rethink the very agenda of schooling. The Yashpal Committee Report reminded us that a discussion on the academic pressure exerted upon children cannot be complete unless we dive down into the problem of rote memorization and an exam centric schooling process.

Nandita Sengupta is working in the field of education – based in Patna.

It is not possible to forget the year 1992, especially for someone who is aware of the tremendous changes that the Indian education system has undergone and the crucial contributions that have been made by the Yashpal Committee.

For anyone who has been tracking the beautiful changes of perspective, the creation of a pedagogy that relies more on the child’s need for relating to what she learns than on distant memorization of discrete information and the emphasis that is being laid on the reduction of syllabus and the pressure exerted by the school on the child- the Yashpal Committee Report (1993) indeed marks a landmark.

The Yashpal Committee was set up by the Indian Government in 1992 under the Chairmanship of Prof. Yashpal ( who was the former chairman of the UGC) to suggest mechanism by which the burden of academics could be reduced on students.

In the year 1993, the Committee submitted its report. The report revealed several reasons why the academic burden on the student killed the very happiness associated with education and how different means could be adopted to reduce this burden of academics.

One of the major observations made by the report was that there is an excessive burden in the school bag which children carry to school. It noted that as far as the bag was concerned, over the years the burden of the bag had become immense.

The child’s bag represents the burden that he is victimized to, from school the child gets the burden of excess homework and then he/she has to also attend tuition/coaching classes to get better academic performance.

The report also problematizes the examination pattern that lays more emphasis on rote memory than on an actual understanding of all that is being taught in the classroom.

The pressure to mechanically memorize everything in the textbook and guidebook and to reproduce everything in the examination has implied that the learner is detached from the process of learning and turns into a passive recipient of discrete information.

Moreover, the discrete language used in the textbooks, the intensity of concepts and new ideas and in many cases the scarcity of time within the tight schedule to pay heed to the difficulties that children are facing in comprehending the concepts, have made learning in schools a herculean task.

The report very importantly noted that the emphasis within the Indian education system was on information compared to knowledge and the grim truth was that textbooks were often being written by those who were far away physically and mentally from the realities of the classroom.

The report indeed brought forward a critical new way of looking at education and highlighted its many paradoxes. Today it has been more than twenty five years since the report came out but how drastically have things really altered?

Imagine the pain in RK Narayan’s voice as he spoke in the Rajya Sabha about the emotional agony that he underwent each morning as he observed little children burdened with school bags.

The emotional speech that RK Narayan delivered on that day is said to have stirred the government to dive deeper into the crisis of school education and reflect on the issues of academic pressure and burden. The creative novelist who dedicated most of his work to children’s fiction said that he was so deeply hurt by looking at the drudgery that school children have to go through that he would like to think that such a crisis is no less than national madness!

It is not surprising that when he finished his speech, many members in Rajya Sabha were left with tears in their eyes.

It is said that one of the major inspirations behind making up the Yashpal Committee was the speech that RK Narayan made. The Committee was appointed to find out why the burden of children’s school bags was increasing as years passed.

The Yashpal Committee made path breaking recommendations and suggested that the curricular burden be reduced so that children could learn in an environment of relaxation and calm. It is not surprising that despite the beautiful suggestions that the Committee came up with, we continue to see children burdened by the school- its load of syllabus and academics, its heavy textbooks with complex concepts, the emphasis on rote memory as the only way to perform academically, its examination pattern that focuses on discrete facts rather than learning of ideas and a growth of an education market with coaching centres and tuition classes.

The pressure that is exercised on the child deprives her/him of all the opportunities of learning happily, exploring her/his own inclinations, being a participant rather than a sole recipient in the transaction of knowledge and reduces the child into nothing more than a cog in the wheel of the education system.

It was recently that a circular was issued by the Ministry of Human Resource Development last week that has brought the discussion on school bags again into limelight. The circular has set rules regarding the maximum amount of weight that the school bags of children can have.

The important issue here is that will making such recommendations alone guarantee that within schools they are implemented?

How will somebody ensure that the child is only carrying the weight that he is prescribed to carry and that when the school is caught hold of when the weight is over the given limit then the child herself will not be punished?

The Yashpal Committee report was entitled ‘Learning without Burden’ and it truly reminds us that the school bag is only the manifestation of a greater crisis that lies beneath. The weight of the school bag is not born in a vacuum, it is but an outcome of the way we conceive of knowledge transaction, how teachers and students are burdened and seen only as cogs in the machinery called schooling and the way knowledge is assumed to be a set of discrete information that has to be rote learned. The child in the present education system is seen as a passive recipient of knowledge that flows from above; she does not participate in the dialogic creation of knowledge, the pressure of examination render rote learning the only means to survive the system and moreover the lack of time and rigid schedule of the school’s academic timetable make it difficult for the teacher devote much time to child centric pedagogy.

The regime of oppression kills the child’s sense of spontaneity and cramming is thought as the saviour. Paradoxically, the jail of schooling and the burden of performance lead to many children ending their lives  and each year after the results of the Board Examinations come out, we see this ugly reality unfolding.

The Yahpal Committee Report made many policy level recommendations and many school based transformative projects. It emphasised the role of teacher-education, redesigning syllabus and curriculum and rethinking our examination patterns.

It was Dr. Yash Pal who chaired the drafting committee of the NCF (2005) that was a landmark in the creation of child friendly learning process. It is ironically true that despite the recommendations, the wider societal pressure to maintain the original status quo primarily in relation to homework, examinations and coaching have not let wider changes to become possible.

Thus when the debate on the reduction of the weight of school bags is revived, it is important to understand the deeper issues in education. We cannot forget the fact that the school bag is only the tip of the iceberg and there are a great degree of issues that lie within. It is crucial that we take a look inside the school bag and not just talk about how heavy it is. 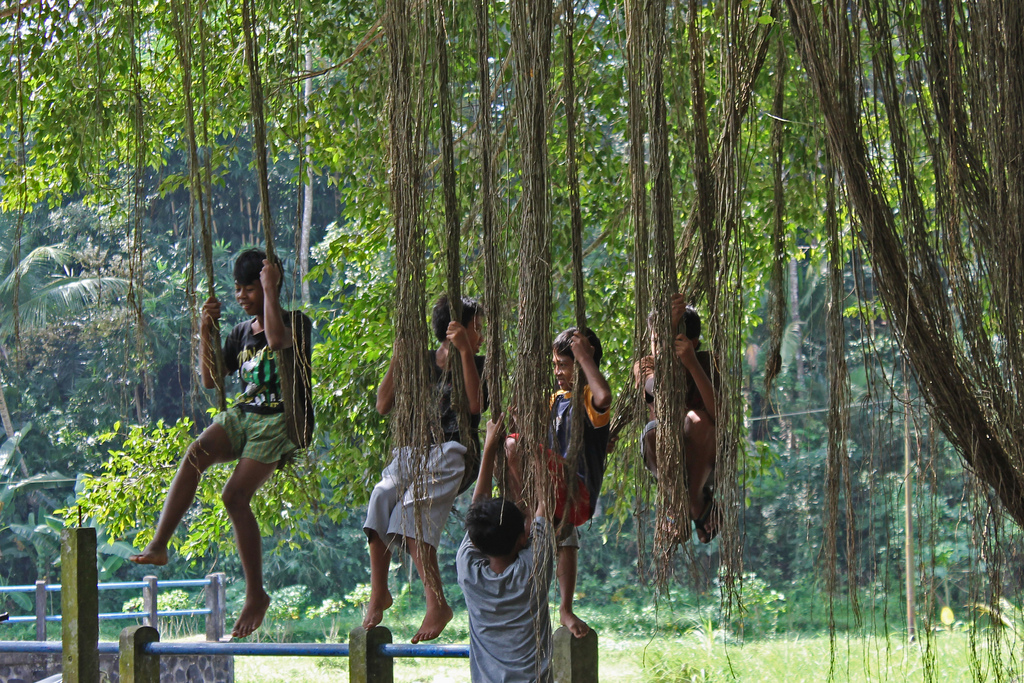 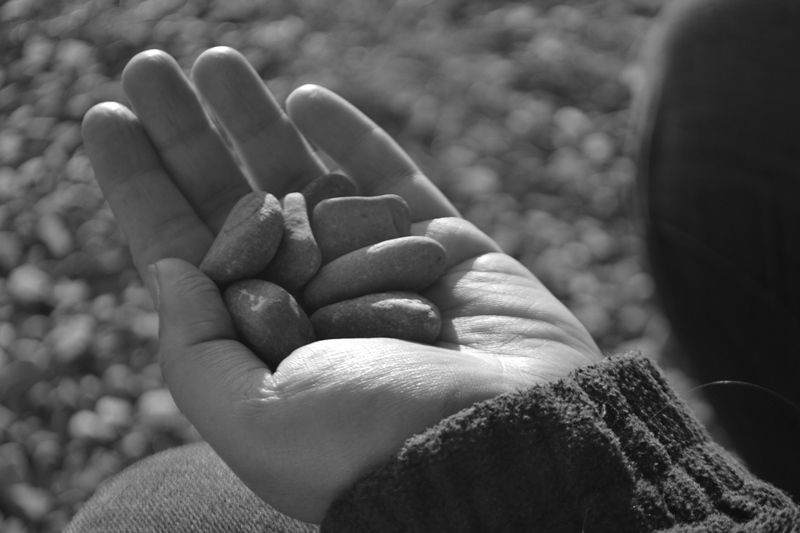 Cultivating Environmental Sustainability: The Need to Rethink Our Educational Process 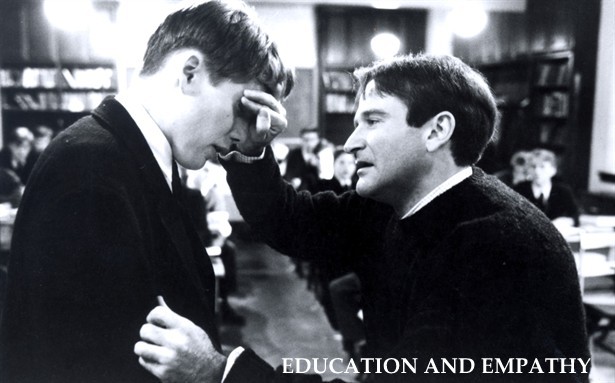 Growing and Flourishing as a Teacher: Problems and Perspectives