When You Hear the Call of the Mountains

EXPLORATION
A trip to the scenic mountains does not only calm the senses but also falls as nectar on our parched souls. Here is an account of a recent trip that some research scholars from JNU undertook to Ramgarh. It is also a retelling of the profound lessons learnt and the ways in which the trip encouraged self-discovery among a host of other things. 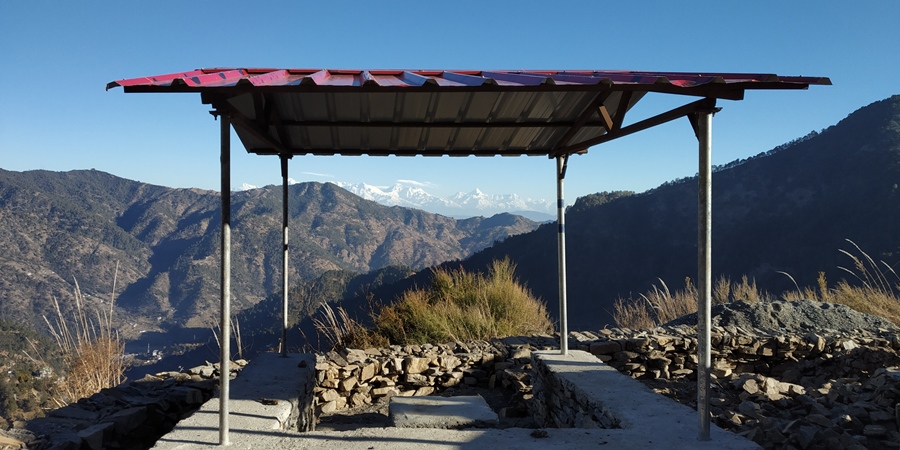 A trip to the scenic mountains does not only calm the senses but also falls as nectar on our parched souls. Here is an account of a recent trip that some research scholars from JNU undertook to Ramgarh. It is also a retelling of the profound lessons learnt and the ways in which the trip encouraged self-discovery among a host of other things.

Roopa Rathnam is a Ph.D Scholar at CSSS, JNU.

Scholars engaged in doctoral level research under the supervision of Prof. Avijit Pathak at the Centre for the Study of Social Systems, JNU regularly organise work-in-progress conferences at the beginning of each academic semester as a way to bring the rest of the community up-to-date with their research work; but also to use the opportunity to raise concerns, share dilemmas and bring their insights from the research process in for wider discussion and shifts in praxis. This semester, we decided to take this event outside of the JNU campus where it is usually held, to the hills of Ramgarh and Mukhteshwar in Uttarakhand. What follows is an engagement with notions of work in the context of this trip to the mountains, lessons found in shared living and a retelling of some of the simple joys encountered in our travels.

As one of my fellow travellers pointed out in a recent conversation, one often thinks of the hills as an escape, a retreat from the maddening crowd that is the city. A typical example of the ‘work hard, play hard’ dictum that does the rounds in corporate circles, where relentless work is followed by over-the-top indulgence. But what if the mountains call us to dig deeper into our work in their presence?

In his Song of the Open Road, Walt Whitman pens the following lines:

…From this hour, freedom!

From this hour I ordain myself loos’d of limits and imaginary lines,

Listening to others, and considering well what they say,

Gently, but with undeniable will, divesting myself of the holds that hold me…

The poet’s freedom is not one that is akin to escape, a retreat from the battleground in which daily struggle is predestined. This freedom is one wrought of practice, of the employment of ‘undeniable will’, of the labour that is involved in listening to others, contemplating, and pushing back on the boundaries that constrain us.

As a group of research scholars within the discipline of sociology, we found ourselves working at this freedom when we went to Ramgarh in Uttarakhand for a three-day workshop to discuss our work – its joys and challenges that also bleed into the rest of our lives; very much like the rest of our lives influence the research we undertake, the questions we ask and the process we adopt to find their answers.

The famous feminist social psychologist Carol Gilligan speaks of the relational self in the context of the ethic of care. Her claim that the antidote to psychological repression is also the antidote to totalitarianism is founded on her observation of the parallels between the cure through relationship that is found to be powerful in psychotherapy and the health of a democratic society that establishes and sustains a public arena where people can come and speak freely.

Our workshop in Ramgarh tried to create this therapeutic, democratic space for the relational self within us to thrive, where true connection could be forged. Each of us presented on aspects of our work and our lives: sustaining self-belief in the context of one’s duty and one’s calling; our engagement with the communities we are part of; caring for the self and exercising responsibility in that context; and what the practice of humility and faith would mean in our work, relationships and communities.

As scholars of sociology, we worked at pushing disciplinary boundaries, loos’d of limits and imaginary lines, as the poet says. Weaving experience with theoretical frameworks, we spoke of our research questions and the field, not just as something out there, but as something living and responsive between and within us.

As a community of researchers, we paused, listened, received not just from each other but from the mountains that had seen and heard and contemplated so much more than us.

We practised the healing democracy of Arendt and Gilligan when we broke through hierarchies of teacher and taught, senior and junior, woman and man, human and nature; finding our voice to speak, to question, but also opening ourselves to receive, to be challenged.

The majesty of the Himalayan peaks that are purple when dawn breaks, turning orange and later spectacular white against the blue sky nudge us to consider work differently. Kahlil Gibran talks of work being love made visible. The mountains are a testimony to this poetic intuition. Their quiet yet powerful standing inspire us to do the same: not drown ourselves in merry-making as a form of dissociation from the violence of the city, but rather peel away at the defences we have built and hold our vulnerabilities gently.

In the humility that one naturally feels in the presence of such beauty, there is a promise of reconsidering our motivations that drive our work, re-evaluating our ambitions. The silence, the calm, the endurance of centuries of pain and change that the hills emanate feed the relational self that seeks connection with the rest of humanity, and also nature.

Can conquest be the only form of engagement? Could surrender take new meaning in the lap of such unconditional love? After all, the sun shone on all of us without favour or discrimination, the peaks put up a show at dawn at a cost affordable to all, and the music of whispering trees and humming silence of the valleys was performed for all of us freely. Could our talents also be employed likewise – to lift the human spirit, to make hearts sing, to calm the anxious mind, to declare the truth of beauty and the beauty of truth?

Instinctively we knew that we were not the first to ask these questions, that others before us had experienced similar shifting of the grounds they stood on. Yet, there were also teachers among us in the people of the hills, who radiated their wisdom in their submission to the terrain, to the work of everyday living in the mountains. Grateful for the warmth of the sun, helpful to each other in an environment that demands co-operation, watchful of the threats that could befall any of them in the treacherous folds of the beauty that surround them, they went about their day with a smile, often amused at all the bluster we carried as vestiges from the city.

They tutored us in the joys of being present to a cup of sweet ginger tea, to hot crispy paranthas, to the soul-satisfying qualities of freshly made dal and the pure pleasure of eating the humble potato in a beautifully tempered vegetable. They taught us regard for daylight and how it regulates the rhythm of the day. They modelled for us what hospitality meant in its truest form – where brusqueness finds no place as a response, and where grace and generosity are extended, even when the cost is dear.

Even as I sit at my desk, surrounded by the noise of the city, I cannot but hear the echoes of the rest of the lines of Whitman’s poem above, and find my heart resonate.

…I inhale great draughts of space;

The east and the west are mine, and the north and south are mine,

I am larger, better than I thought;

I did not know I held so much goodness.

All seems beautiful to me;

I can repeat over to men and women, You have done such good to me,

I would do the same to you. 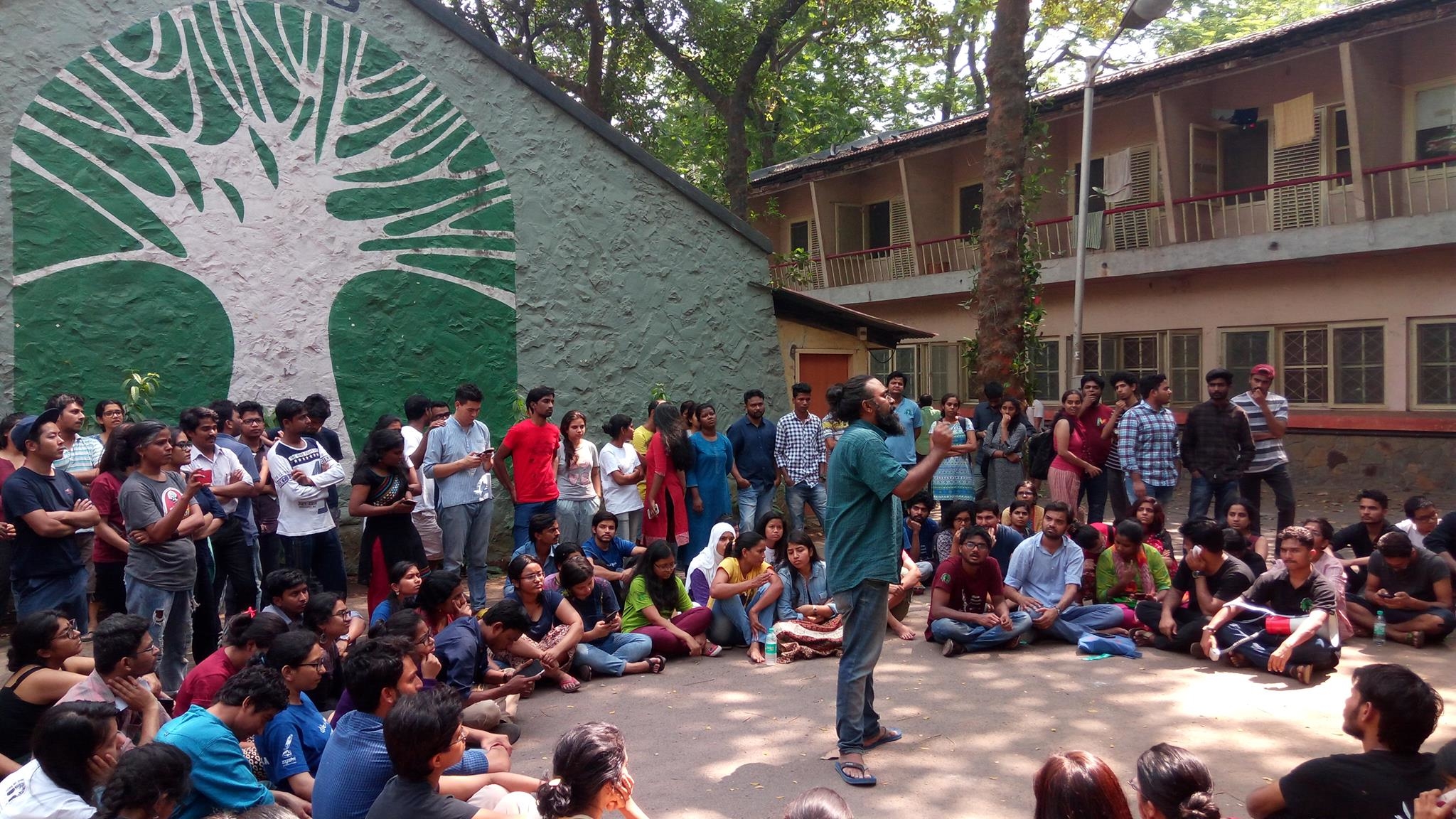 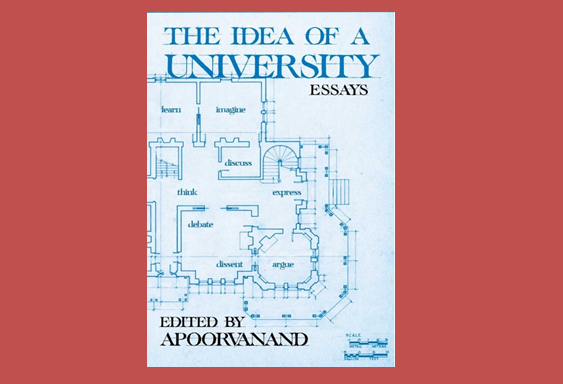