Why the Doomsday Clock Shows Two Minutes to Midnight

In 2019, the Bulletin of Atomic Scientists moved their widely followed Doomsday Clock further to just two minutes before midnight. 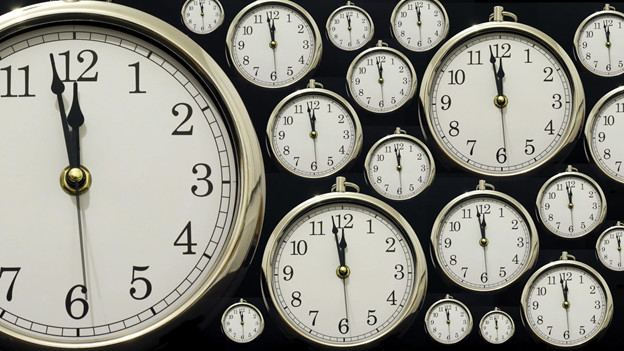 The Doomsday Clock has never been placed so precariously close to midnight earlier. The midnight hour is supposed to symbolize doomsday conditions for earth.

The decision about the exact position of the clock is taken once every year by the Bulletin’s Science and Security Board in consultation with its Board of Sponsors which includes 15 Nobel laureates. This year the decision to move closer than ever before to midnight  was taken due to the increasing risks of nuclear weapons, the worsening prospects of climate change and the alarming misuse of information technology.

The 2019 Doomsday Clock Statement which explained this trend said, “Humanity now faces two simultaneous existential threats, either of which would be cause for extreme concern and immediate attention. These major threats—nuclear weapons and climate change—were exacerbated this past year by the increased use of information warfare to undermine democracy around the world, amplifying risk from these and other threats and putting the future of civilization in extraordinary danger.”

More specifically in the context of the increasing nuclear threat this statement said, “The global nuclear order has been deteriorating for many years, and 2018 was no exception to this trend. Relations between the United States and both Russia and China have grown more fraught.  The architecture of nuclear arms control built over half a century continues to decay, while the process of negotiating reductions in nuclear weapons and fissile material stockpiles is moribund. The nuclear-armed states remain committed to their arsenals, are determined to modernize their capabilities, and have increasingly espoused doctrines that envision nuclear use. Brash leaders, intense diplomatic disputes, and regional instabilities combine to create an international context in which nuclear dangers are all too real.”

Expressing serious concern at the dismantling or non-renewal of existing treaties for reducing nuclear weapon threats, this statement states, “Unfortunately, while treaties are being eliminated, there is no process in place that will create a new regime of negotiated constraints on nuclear behavior. For the first time since the 1980s, it appears the world is headed into an unregulated nuclear environment –an outcome that could reproduce the intense arms racing that was the hallmark of the early, unregulated decades of the nuclear age.”

Global carbon dioxide emissions rates had been rising exponentially until 2012 but ceased growing from 2013 to 2016. Even if this emissions plateau had continued, it would not have halted the growth of warming. Net emissions need to ultimately be brought to zero to do so, given the persistence of carbon dioxide in the atmosphere for up to thousands of years. The ominous news from 2017 and 2018 is that world emissions appear to have resumed their upward climb.”

Further the statement says, “The key measure of improvement on the climate front is the extent of progress toward bringing global net carbon dioxide emissions to zero. On this measure the countries of the world have failed dismally.”

On the basis of these disturbing trends as well as increasing massive misuse of information technology this statement concludes, “By keeping the (special Doomsday) clock at two minutes—the closest it has ever been to apocalypse –the Science and Security Board today highlights an unacceptable reality that remains largely unrecognized by the public at large: The future of the world is now in extreme danger from multiple intersecting and potentially existential threats.”

This statement is extremely disturbing, but this is only one out of several statements that have been issued from time to time during the last three decades by very senior scientists, individually as well as in groups, to highlight the growing survival and existential threats in our planet which can serious disrupt the most basic life-nurturing conditions of our once beautiful and bountiful planet. Such statements, perhaps in somewhat toned down words, have also been issued by several United Nations organizations, or other leading international organizations working in close collaboration with the United Nations. In two recent books ‘Survival Crisis—Planet in Peril’ and ‘One Decade to Protect Life’ I have tried to track several of these warnings and their larger message, while suggesting ways out of this crisis. Despite this, as the latest Doomsday statement having the endorsement of 15 Nobel laureates makes it amply clear, the world is moving closer to most serious threats, not away from them.

This is happening at a time when the prevailing discourse is dominated either by some powerful narrow interests, or some extremely frivolous issues, or a combination of these. It is time for citizens of the world to get together to save earth, if not for our sake then at least for the sake of our children and the upcoming generations.