Home - ANALYSIS - ‘Delhi Declaration’ at desertification summit: So near yet so far
ANALYSIS| ENVIRONMENT

Experts highlighted that the declaration diluted the importance of the rights of indigenous communities and women over land.

Acknowledging that restoration of land affected by desertification, degradation, drought and floods can have long-term benefits for the health and development of  society, especially for the livelihoods of the rural poor, the recently concluded summit of the United Nations Convention to Combat Desertification (UNCCD) has encouraged a “proactive approach” to reduce the risks and impacts of desertification, land degradation and drought through the implementation of drought preparedness plans.

However, the summit that was organised in India, failed to secure a mention about ensuring legal recognition of land tenure and user rights of indigenous communities and women – an issue that is of increasing significance in India and one that the UNCCD’s Executive Secretary Ibrahim Thiaw had himself acknowledged to be one of the most contentious during the summit.

Right before the final declaration of the recently concluded summit, the “New Delhi Declaration: Investing in Land and Unlocking Opportunities”, was adopted by the participating countries at the UNCCD, India’s Environment Minister Prakash Javadekar had said that the Indian government is committed to giving titles (right over land) to all the legitimate forest dwellers. However, his promises didn’t feature in the final declaration.

The omission is significant as the country’s Supreme Court is presently hearing a controversial case regarding the eviction of millions of tribal people from forests over their failure to secure rights over land.

Established in 1994, UNCCD is the sole legally binding international agreement linking environment and development to sustainable land management. The Convention addresses specifically the arid, semi-arid and dry sub-humid areas, known as the drylands, where some of the most vulnerable ecosystems and peoples can be found.

On September 9, India’s Prime Minister Narendra Modi had opened the high-level segment of the summit and during his address, he emphasised on the importance of global action on water, to tackle land degradation.

“When we address degraded lands we also address water scarcity issues. Augmenting water supply, enhancing water recharge, slowing down water run-off and retaining moisture in the soil are all parts of holistic land and water strategy. I call upon the leadership of UNCCD to create a global water action agenda which is central to the land degradation neutrality strategy,” PM Modi had said in his address.

He had also announced India raising its ambition regarding restoring degraded land “from 21 million hectares to 26 million hectares between now and 2030.” About one-third of India’s total land area, 29.32 percent, was undergoing land degradation (during 2011-2013) and India has pledged to achieve the land degradation neutrality by 2030. Globally, about 24 percent of the land is degrading.

The summit also witnessed the launch of a new international coalition to strengthen coordinated action on sand and dust storms which have damaging transboundary impacts on human health, the environment and key economic sectors.

Delhi declaration: So near yet so far

Experts stressed that the Delhi declaration diluted the role of “international funding bodies” and tenurial rights to land.

Delhi-based think tank Centre for Science and Environment (CSE), in a statement, said that the declaration adopted at the summit removed the “mention of international financial institutions like Green Climate Fund (GCF), Global Environment Facility (GEF) and Adaptation Fund” even though they were specifically named in the draft which was being discussed among the countries.

The declaration invited “development partners, international financial mechanisms, the private sector and other stakeholders to boost investments and technical support for the implementation of the Convention and the achievement of land degradation neutrality, create green jobs and establish sustainable value chains for products sourced from the land.” The absence of the names of specific financial institutions could mean two things – increasing sources of international finance and also absolving the institutions named from providing finance.

CSE highlighted that the New Delhi Declaration also dilutes the importance of land tenure and user rights of indigenous communities, youth and women. “A paragraph in the draft which talked about these concerns has been deleted from the final document,” CSE noted in its statement.

The declaration “reaffirmed” the commitment of countries towards the “relevance of the voluntary guidelines on the responsible governance of tenure of land, fisheries and forests in the context of national food security for better access, control and stewardship over land and equitable tenure security, in accordance with relevant national legislation, for the implementation of the Convention and the promotion of sustainable land management.”

“The role of the tribal communities in the whole issue has been undermined. There is clear evidence that wherever the rights of communities over forest land has been acknowledged it has led to better management, protection and conservation of land including forests,” Abhay Xaxa of the National Campaign on Adivasi Rights told Mongabay-India.

The Delhi declaration encouraged a “proactive approach to reducing the risks and impacts of desertification/land degradation and drought through the implementation of drought preparedness plans and increased risk mitigation for drought and sand and dust storms.”

It also encouraged “local governments to adopt integrated land use management and enhanced land governance to rehabilitate the natural resource base that makes cities sustainable, taking into consideration the new urban agenda, including by reducing rates of land consumption and soil sealing along with biodiversity and ecosystem loss.”

In a statement, UNCCD noted that through the Delhi declaration, the global community has expressed support for new initiatives or coalitions aiming to improve human health and well-being, the health of ecosystems, and to advance peace and security.

It highlighted that COP 14 adopted a landmark decision to buttress global efforts to better mitigate and manage the risks of drought and to build resilience.

Javadekar hailed the declaration as not only futuristic but an ambitious one as well stating that it will help each country in evolving steps to achieve land degradation neutrality.

UNCCD defines land degradation neutrality as a “state whereby the amount and quality of land resources, necessary to support ecosystem functions and services and enhance food security, remains stable or increases within specified temporal and spatial scales and ecosystems.”

“The main issues at the CoP were about land tenure, degradation and gender. India is committed to restoring the degraded land. We are already taking comprehensive actions on tackling climate change. India believes that all three UN conventions have to work in synergy,” said Javadekar.

Recounting his four major takeaways from the summit meeting, Thiaw said that there is “a very clear link between land restoration, climate and biodiversity” and emphasised that with land restoration we will be able to bring carbon back to the soil. 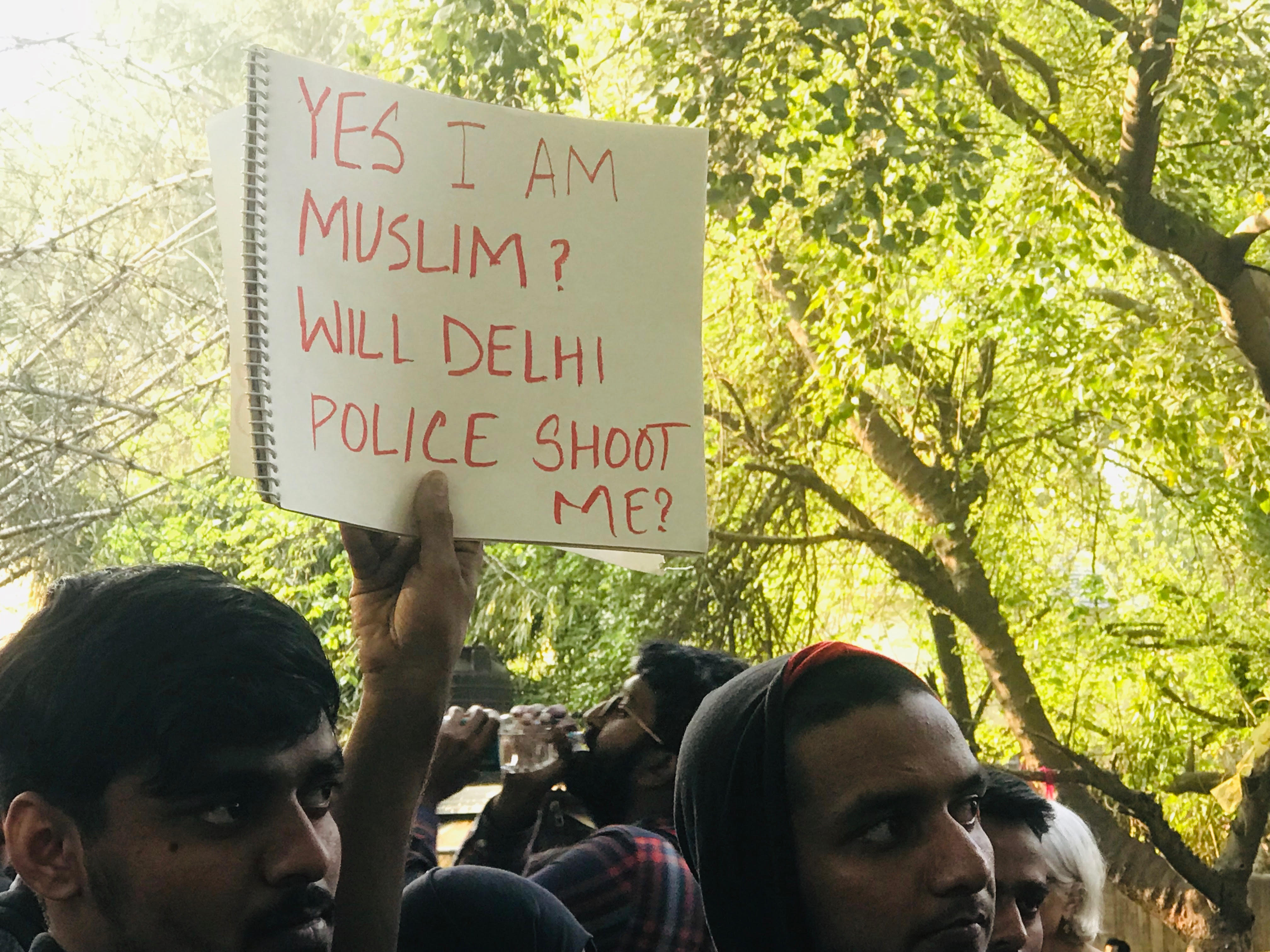 When should the nation mourn the death of a tree? 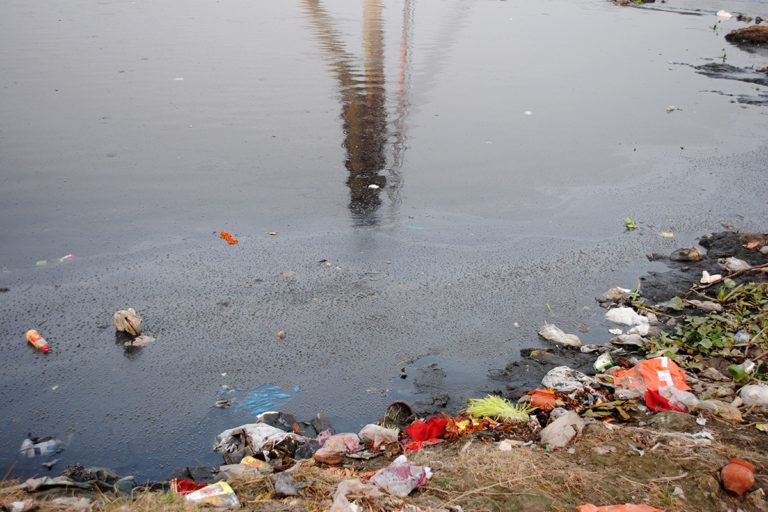