Environmental issues have blown hot and cold in the state. In some areas, the severe protests or legal action by the public has led to the government shelving or shifting the projects but in others, the government has been bulldozing its way through. 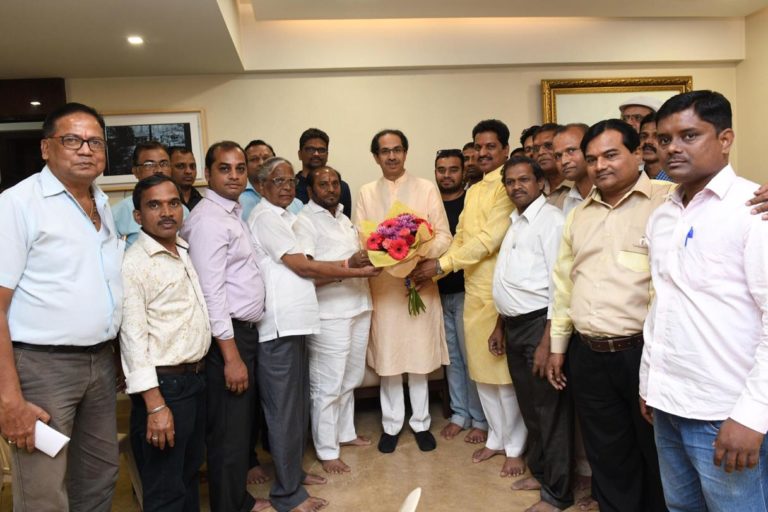 Between 2011 and 2014, Maharashtra’s legislative assembly saw the rise of Devendra Fadnavis as he galvanised the Bharatiya Janata Party (BJP) against the then ruling Congress-Nationalist Congress Party combine and pinned them on the issues of crippling droughts in Marathwada and Vidarbha regions of the state. In its 2014 election manifesto, the BJP promised to make Maharashtra tanker mukt (tanker-free) and drought-free.

BJP won the 2014 Maharashtra assembly elections and Fadnavis became the chief minister. However, going into the 2019 state election campaign, the political equation has turned a full circle for him. Fadnavis is now seeking a second term and has said that he would devote his second-term to make Maharashtra drought-free.

Many of the issues have been pushed under the spotlight ahead of the polls in the backdrop of popular public protests against government policies, mega infrastructure projects, river linking projects, unfair implementation of the Forest Rights Act 2006 and promises to open up ecologically vulnerable areas for development.

Elections to the Maharashtra legislative assembly are scheduled to take place on October 21, 2019, and the results will be declared on October 24.

Drought and the Forest Rights Act

According to Maharashtra’s 2018-19 economic survey, around 70 percent of the state’s geographical area lies in the semi-arid region. The Fadnavis government’s big promise of making the state drought proof fell flat on its face when last year the state had to declare drought in 151 talukas across 26 districts in the state. Out of the 151, a severe drought was declared in 112 talukas.

A total area of 8.57 million hectares (85.76 lakh hectares) was affected and the state had to provide Rs. Rs 49.09 billion (Rs 4,909.5 crore) as drought assistance. Experts and economists from the state argue that the BJP’s flagship Jalyukt Shivar scheme had not worked and the severe drought in 2018 and 2019 was proof of its failure. The scheme was aimed at increasing groundwater levels through the absorption of rainwater. The state government focussed on providing subsidies to widen and deepen farm ponds and community ponds to meet targets under Jalyukt Shivar.

However, experts pointed out that what was a good beginning quickly turned into a contractor driven scheme with little focus on sound scientific planning for water conservation.

Former state planning commission member and economist H.M. Desarda said that beyond hollow campaign promises, the drought has not become a poll issue at all. He believes the Centre’s direct transfers in the accounts of farmers and compensation paid through insurance diverted the attention from the drought. “It (drought) should have been a big election issue because the distress has not reduced and the agrarian crisis continues. There is rural stagnation and urban chaos and the hydrological crisis in Marathwada is deepening. There is no scientific evaluation of schemes such as Jalyukt Shivar but a rush to meet targets,” Desarda told Mongabay-India.

While drought and allied issues remained at the forefront, Maharashtra also witnessed a major and historic march in 2018 for the rightful implementation of the Forest Rights Act on land under cultivation for years. Thousands of people had marched from the tribal community dominated Nashik and Thane district to Mumbai’s Azad Maidan in March 2018, demanding land titles under the FRA, 2006, for small farm holdings they had been cultivating.

Ajit Nawale, general secretary of the Communist Party of India (Marxist) affiliated All India Kisan Sabha, said that the unfulfilled promises of the Maharashtra government will certainly figure in the upcoming elections.

According to Nawale, who was considered as the brain behind the  farmers’ march , out of 360,000 land title claims made under the FRA in Maharashtra, 272,675 claims were declared invalid. Nawale said that this issue will be a rallying point for voters in the 25 seats reserved for the Scheduled Tribes. These seats are concentrated in Nashik, Thane, Palghar, Nandurbar, Yavatmal, Amravati, Gadchiroli and Ahmednagar districts.

“To some extent, the administration expedited the settlement of claims. However, the majority of the claims remain disputed and many have also been rejected incorrectly. The administration had promised a time-bound plan to dispose off the pending claims but that has not materialised,” Nawale told Mongabay-India.

The curious case of public protests on environmental issues

Maharashtra is no stranger to public resistance and movements for environmental protection. In the last five years, the state has witnessed a fair share of them. Even as the ruling party or the opposition has not made it their key plank, they have been forced to take cognisance of these issues due to the vigorous public debates surrounding them.

The public resistance to the Nanar oil refinery in Ratnagiri is one such example. In Nanar, which was chosen as the proposed site for the country’s biggest oil refinery, villagers said they have been watchful of the government’s moves even after CM Fadnavis declared that the project will be moved out of Ratnagiri.

Fadnavis had announced this decision after intense public protests against the refinery and pressure from its ally, the Shiv Sena. The refinery was opposed primarily on grounds of the potential environmental impact it would have on the globally famous Alphonso mango that is primarily cultivated in Ratnagiri district. The refinery was also planned around villages that were categorised as ecologically sensitive areas (ESA) in the report on Western Ghats conservation by the expert committee headed by K. Kasturirangan.

“Nanar refinery was a big issue during the general elections and even now it is an issue that is discussed in our village. The villagers are wary of the government’s assurances as the CM recently said that there may be a rethink on the project if locals are ready for it. We understand that the statement was made as a jibe at Shiv Sena over the Aarey metro issue. However, we are not letting our guard down,” Bhai Samant of the Konkan Refinery Shetkari Machchimar Sangharsh Samiti and a resident of the Kumbhawade village told Mongabay-India.

According to Omkar Prabhudesai, Sarpanch, Nanar village, a bulk of Alphonso mango produced in Rajapur and Devgad talukas is exported and the increase in local temperatures due to the refinery would have proved fatal for the mangoes.

“The Alphonso mango is sensitive to high temperatures and immediately goes bad during cultivation. Its thin skin gets affected. Besides, the fly ash and emissions would have been a problem. Already, this district is home to the under-construction Jaitapur nuclear plant and Jaigad coal-fired power plant and a huge refinery would have made matters worse,” Prabhudesai said.

Under intense public glare, especially in urban areas, the political parties in Maharashtra maintain that the issue of environmental protection is an important one for the voters as it is linked to clean air and clean water. However, they added that it had not come into mainstream discussions as desired.

Keshav Upadhye, co-chief spokesperson of BJP in Maharashtra, explained that the BJP government’s flagship Jalyukt Shivar Scheme has been a success as reliance on tankers has stopped in many villages. He also emphasised the government’s claim of 330 million (33 crore) sapling plantation across the state as a success.

“For BJP environmental protection is a continuous process and we have shown that through Jalyukt Shivar and plantation of 33 crore saplings. We are also working on cleaning of rivers by building sewage treatment plants,” Upadhye said.

Congress spokesperson Sachin Sawant, meanwhile, said that environmental issues should certainly become key talking points during an election discourse and said his party is trying its best to raise issues such as the plans to open up Aarey colony for large-scale development using metro project.

“Unfortunately, the serious issues of environment protection remain local and do not gain statewide traction. But our party has stood with those protesting against Aarey metro car shed and some of these issues will have a bearing on the young voters,” Sawant told Mongabay-India. 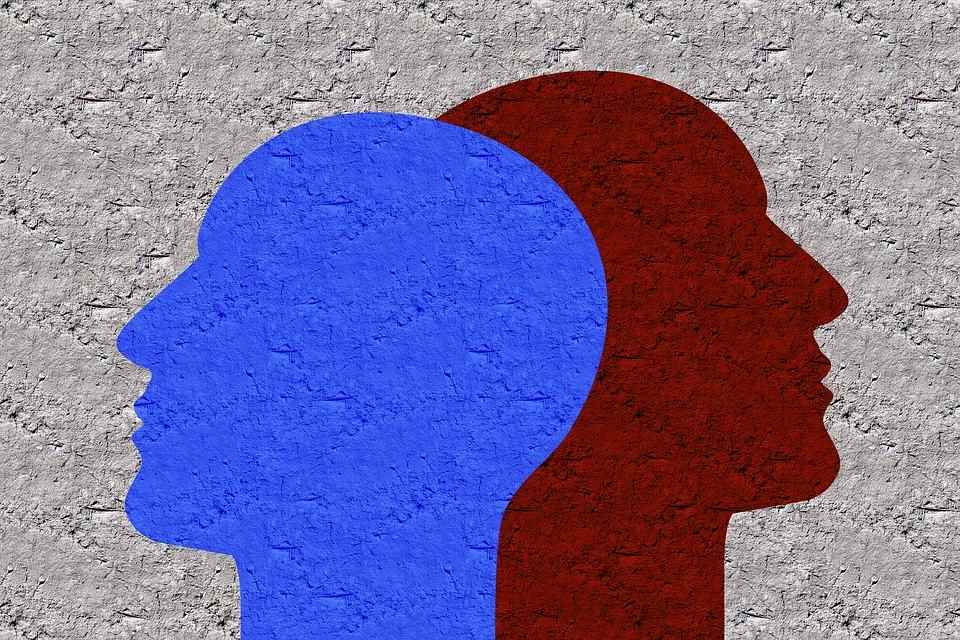 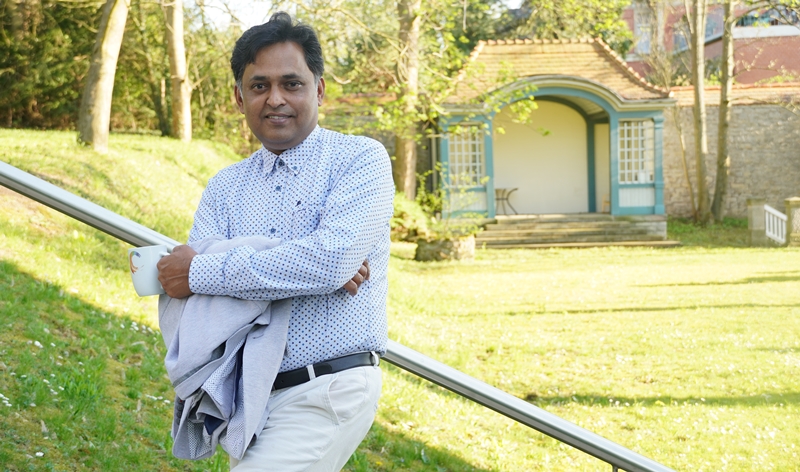