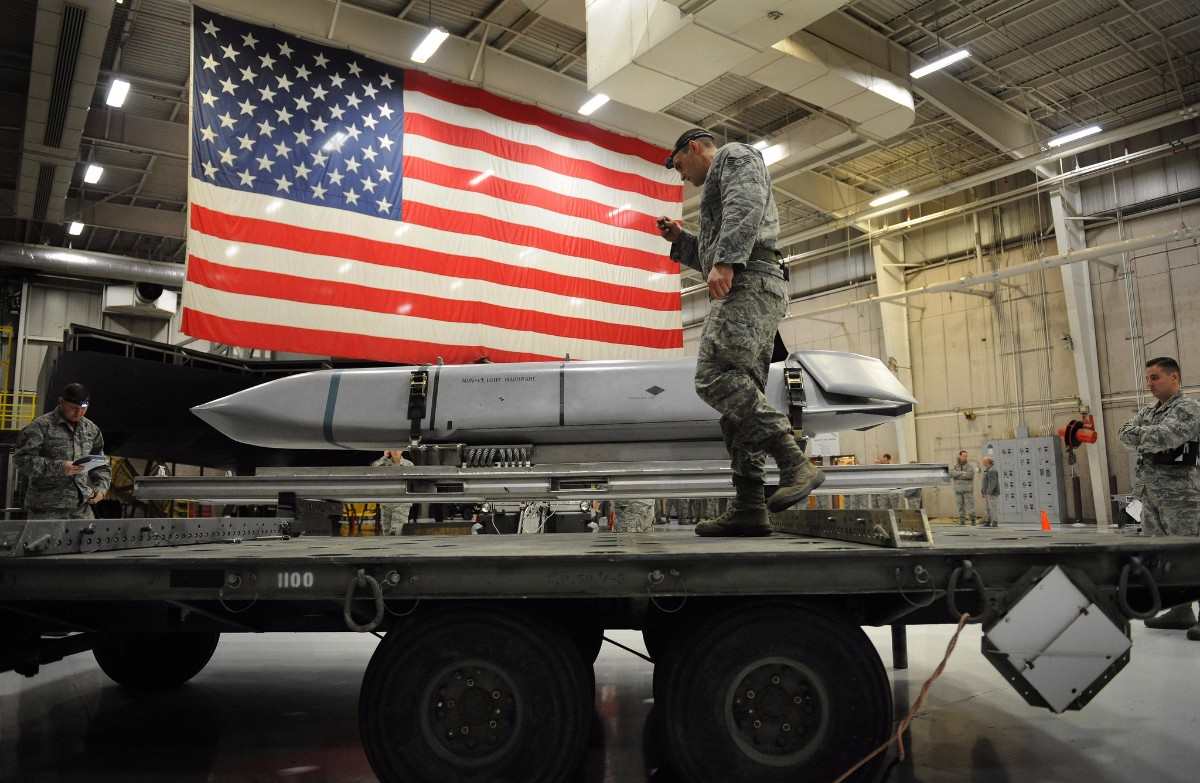 Pentagon officials have been reviewing plans to remove 50 nuclear bombs stored at a U.S air base in Turkey.| Image Source - American Security Project

As the Syrian crisis pits Turkish troops against former U.S.-allied Kurdish forces, Pentagon officials have been reviewing plans to remove 50 nuclear bombs stored at a U.S air base in Turkey.

A congressional directive to the Pentagon to quickly assess alternative homes for U.S. “personnel and assets” currently stationed at Incirlik Air Base is part of a broader bipartisan bill, still being debated, that proposes sanctions against Turkey. President Donald Trump has been forced to issue public reassurances that the weapons are secure.

During the Cold War, the U.S. stationed B-61 nuclear bombs in Turkey, among other NATO countries. Formally, the U.S. controlled the weapons during peacetime, but the host countries’ forces trained and equipped planes so they could drop the bombs with U.S. support in the case of war. The idea was to deter Soviet ground forces and reassure U.S. allies by making clear that the U.S. would be willing to risk nuclear war to block a Soviet invasion of a country hosting the bombs.

In addition, in the years before the U.S. developed intercontinental ballistic missiles, they presented a way for NATO to demonstrate it could act quickly to respond to a Soviet attack.

The 50 bombs still at Incirlik Air Base, in southern Turkey – and others in Belgium, Germany, Italy and the Netherlands – are the last nuclear remnants of that Cold War strategy. The U.S. began pulling nuclear bombs out of NATO countries after the Cold War ended, and since 2000 has removed 40 bombs from Turkey.

Two decades ago, the Turkish Air Force stopped equipping its planes to drop B-61s. Now the bombs at Incirlik could only be used if U.S. pilots first flew nuclear-weapon-capable planes there to load them up. The bombs were left in Turkey even after a 2016 coup attempt raised serious concerns about their safety. After that event, the U.S. Defense and Energy departments began planning how to remove them – but didn’t actually bring them back to the U.S.

How secure are they?

U.S. nuclear weapons are stored in hardened bunkers, protected by electronic systems and heavily armed U.S. troops. The Pentagon has recently reinforced both of those methods of defense.

The bombs themselves also require 12-digit codes to activate them, However, those protections are only strong enough to delay unauthorized use, rather than actually prevent it. If those barriers were overcome, U.S forces could disable the weapons by destroying electrical components or detonating their chemical high explosive without causing a nuclear release. In the worst case, they could blow up the weapons or the facilities at Incirlik.

Still the U.S. procedures are not designed to prevent skilled attacks or sabotage, especially from an ally. With enough time, Turkey could make use of the nuclear material – if not to detonate in an actual nuclear explosion, then to “release disastrous and deadly radiation.”

What’s wrong with removing them?

Taking the weapons out of Turkey carries some physical risks. The bombs aren’t terribly heavy – roughly 700 pounds each – but moving nuclear material requires significant security. In addition, the Turkish government would have to help – or at least not stand in the way – of landing transport planes or sending cargo convoys by land or sea.

The greater risks are likely to be political. Those concerns have discouraged previous U.S. administrations from removing the bombs, even though Turkey’s defense community isn’t particularly interested in using them.

One U.S. concern is that Turkey could perceive the move as a push away from NATO. That could lead to Turkey seeking closer ties with Russia.

In addition, pulling the nuclear weapons out of Turkey could prompt requests to remove other bombs from Belgium, the Netherlands and Germany, where they are publicly unpopular.

A new worry just arose, when Turkish President Recep Tayyip Erdogan recently mused whether perhaps Turkey should leave the Nuclear Non-Proliferation Treaty and develop its own nuclear arsenal. U.S. officials have long feared that pulling the American nuclear bombs out could encourage Ergodan to try to turn that bluster into reality.

Unintentionally, Trump’s efforts to provide reassurance may have made this challenge more difficult. The presence of B-61s in the five countries is an open secret, confirmed by independent observers. But it has nonetheless been NATO policy not to acknowledge the deployments, giving local politicians and the U.S. a shield from parliamentary and public oversight.

By publicly confirming that the weapons were in Turkey, Trump has raised the political stakes should he try to remove them, and made it more difficult for the United States and Turkey to strike a quiet deal to that effect. 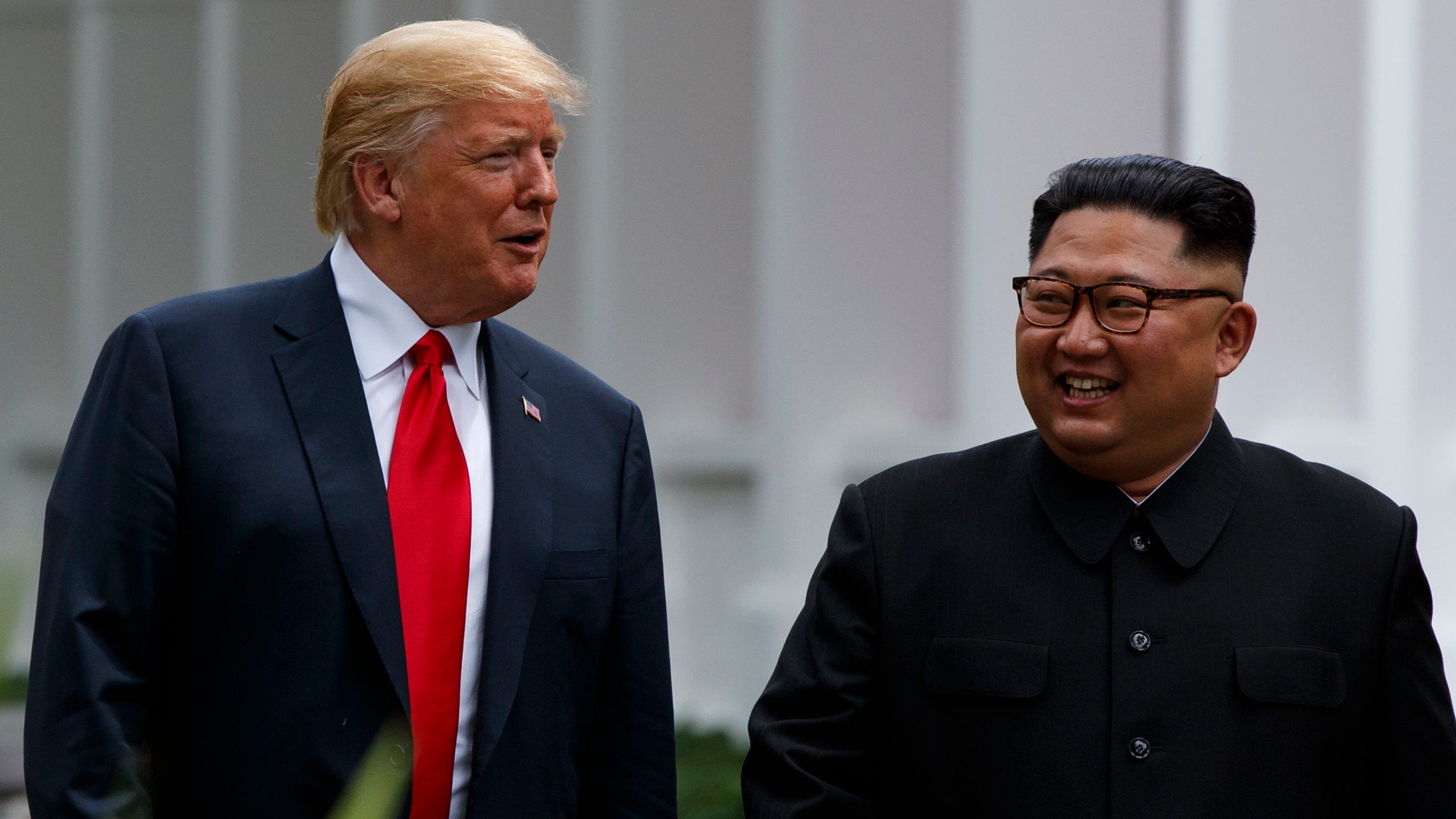 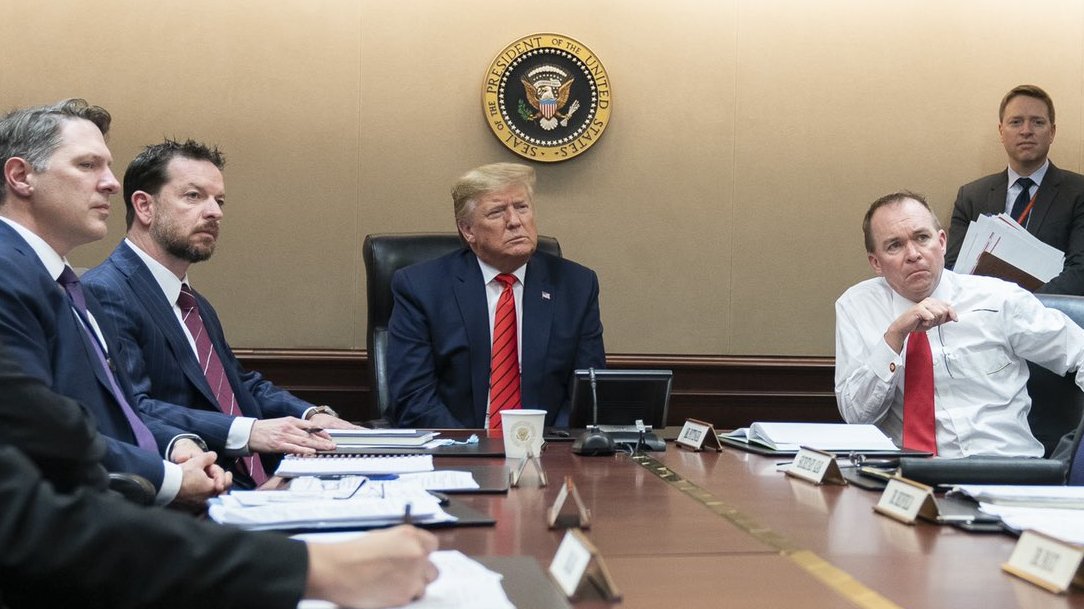 The Long Read / President Donald Trump and the Antithesis of American Greatness: Critical Points for Reflection

The Most Significant Highlights of the Kim Jong- Donald Trump Summit