Home - ANALYSIS - BUDGET 2020: What should the Finance Ministry Prioritize?
ANALYSIS

This upcoming budget will be the second budget presented by the Finance minister Nirmala Sitharaman at a time when Indian economy in the middle of a deep downturn. 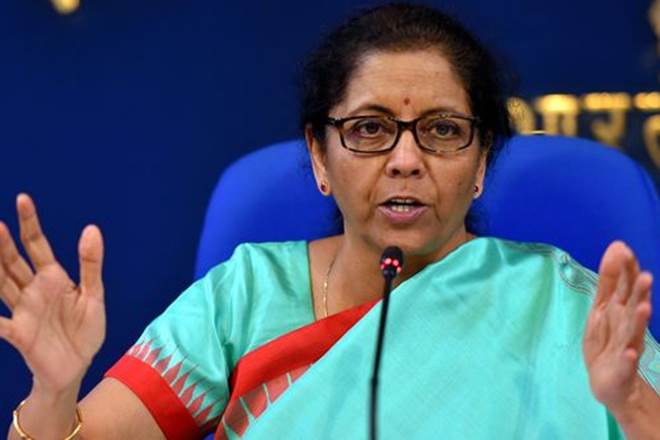 The budget for financial year 2020 is to be presented in the first week of February. Image Source:Twitter

Amidst the economic chaos and sloping global trade the budget is awaited with a lot of expectations of giving a push to the economy, and reviving demands and investments across the sectors.

This upcoming budget will be the second budget presented by the Finance minister Nirmala Sitharaman at a time when Indian economy in the middle of a deep downturn. India’s gross domestic product (GDP) is expected to grow at 5% in the current fiscal ending March, slower than the 6.8% growth recorded in 2018-19. Rising retail inflation, sluggish consumption, rising level of unemployment, tepid private investment are some of the challenges that Sitharaman will have to tackle in the upcoming budget.

Lately the Indian economy has been going through a stressed phase as demands across various sectors have gone down while the consumption patterns also suffer across the country. Recently, The International Monetary Fund also projected economic growth to decelerate to 4.8% in 2019-20. Poor job creation has further led to the highest unemployment rate in 45 years. According to a report in IndiaToday, the lack of job opportunities and financial stress had claimed thousands of lives across the country in 2018.  More than 12,000 people had committed suicide which is more than one person each hour, according to the report.

Hence experts argue that in the upcoming Budget there is a need to focus on measures that are necessary for reviving demand, investment and growth along with a strong commitment to the debt sustainability to stabilize the economy.

In the financial sector services, there is a need to improve upon the credit growth and bring back the Financial Resolution and Deposit Insurance (FRDI) Bill that aims at resolution for troubled financial institutions.

According to Sushant Hede, who is Associate Economist, CARE Ratings, the biggest task for the finance minister will be in balancing the financial statements amidst the current broad-based pain-points of the economy. For instance, many believe that higher spending would help reinvigorate the economy. However, this would mean revising fiscal consolidation targets for not one (FY’20) but for two consecutive years (FY’20 and FY’21). A spike in this target won’t bring cheers to the bond market but the current scenario makes it inevitable.

Ila Patnaik, who is an economist and a professor at the National Institute of Public Finance and Policy writes in ThePrint and elaborates on the various factors where the FM must focus and work on.

The most important number that determines the entire budget is the expected nominal growth rate, which is the basis for tax projections. When the nominal growth rate is over-estimated, as it was last year, tax officials are given unrealistic targets. They then try to meet these targets through tax demands and raids, creating fear among investors and individuals.

Second, the government must get the numbers right for what it spends. Often, payments that are due are not made during the year because the system of accounting followed by the government is based on cash paid out. Payments to private parties are delayed so that the government can show lower expenditure, and so, its borrowings are contained.

Third, the finance minister needs to clearly show what the government’s fiscal deficit is. This is critical, because reports like the one by the Comptroller and Auditor General have suggested that the deficit may be 2 per cent higher than the government said.

In addition to better data and greater transparency, Ila Patnaik argues, the FM also needs to make a strong commitment to debt sustainability by setting up a Fiscal Council, a Public Debt Management Agency, and a deep and liquid bond market.

First, the FM should announce a Fiscal Council, which would be an independent body that would examine the government’s revenue, expenditure and borrowing and make estimates of its borrowings. It should have a right to ask the government any question. It should be given autonomy so that its projections are credible. The Fiscal Council should make its reports public.

Some other important measures expected are:

The budget 2020 must also focus and prioritize the labour market demands as India is home to the one of the world’s largest group of young, employable population, and sees millions of youths join the workforce on an annual basis. Thus there is a need to create ample jobs for the skilled labour.

According to estimates, India aspires to add over 100 million secondary educated people in the workforce in next ten years. Keeping this in focus, the government should focus on job creation.

The budget must ensure that adequate measures are introduced to boost MSMEs, startups, as they contribute to job creation in the economy and ensuring financial stability for young generation that is set to enter the workforce in coming years or decades.

Insurance sector play a vital role in an economy by securing the future of individuals and organisations. The insurance sector enables a balanced risk transfer and protects the GDP of a country. However, it is underserved and underachieved in India. Hence it is imperative to strengthen this sector as well.

The budget may also bring changes to corporate tax and income tax slabs, which could be suitable for millenials who aspire to live their life to the fullest at a very young age. Simultaneously, the burden of buying a Term Plan must be lessened by reducing the Stamp Duty on the same.

As of now, the maximum tax exemption, provided under Section 80C of the IT Act is Rs 1.5 lakh. A separate rebate to buy term plans would surely help many under-insured to secure themselves. The step would help the youths who are joining the national workforce to cost-effectively avail a life insurance plan.

According to current tax implications, only 1/3 of the corpus that is distributed to the retiree by the pension plan is tax-free. The remaining is distributed as annuity (long-term investment) and is subject to taxation. Annuities are taxed in such a way that the principal amount also gets taxed.