Indifference, lack of will and administrative shrewdness characterised JNU VC M Jagadish Kumar and his administration’s response in the aftermath of 5th January attack on the campus. 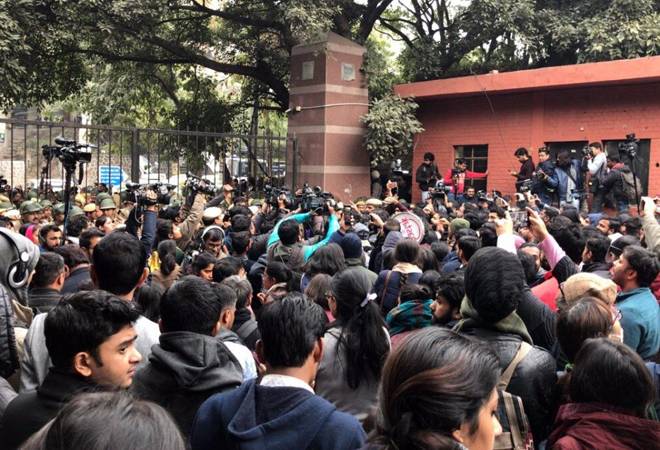 Extreme violence and an attack broke out inside the premises of the Jawaharlal Nehru University (JNU) on the night of 5th January when a group of masked men and women entered the campus and attacked students and faculty.

The violence has left everyone curious about who exactly is behind the planning and organisation of the violence that left 34 people injured including students and teachers inside the campus.

Three Days On, No Arrests So Far

More than three days have already passed since the day the masked goons openly entered the campus and launched an attack on the teachers and students on the campus. The Delhi police is yet to make any arrests in the case. What is paradoxical is that while no arrests have been made by the police in this regard, two FIRs have been filed by the Delhi police against injured JNUSU President Aishe Ghosh and several others for allegedly attacking and vandalising a server room on January 4.

It is also to be noted that the two FIRs that have been filed against JNUSU President Aishe Ghosh and others were registered in the late evening of Sunday when masked intruders were roaming about on the campus and beating up students  and ransacking them. A JNU faculty member even tried to file a complaint against the perpetrators of violence and the assault on Prof. Sucharita Sen during the attack, but the police has so far not carried out any investigation and not  taken the complaint into account.

In her complaint, which has a copy of her medical report from AIIMS, Prof. Sen has demanded that the police register an FIR that includes an attempt t0 murder among other Sections of the law.

Instead, the FIR that has been lodged against the JNUSU President Aishe Ghosh and several other students states that they tried to forcibly enter the CIS office located in the administration block and destroyed property that belonged to the university.

It also alleges that they damaged the fibre optic cables and servers along with biometric devices and “attacked”security guards. The police have said that a case has been registered against the students under IPC Sections 323 and 341 along with IPC Section 506.

Meanwhile, JNU VC M. Jagadesh Kumar has once again come under fire for choosing to remain silent on the attack on the students and teachers at JNU and not even bothering to go and meet the injured students or faculty members.  He only issued a formal statement where he said: “Our heart goes out to all injured students. The incident(violence)is unfortunate. I would like to tell students that JNU campus is a secure place.”

Hundreds of JNU alumni including political leaders Prakash Karat, Sitaram Yechury, Kanhaiya Kumar, all previous JNUSU presidents and the present community of teachers and students on the campus staged a protest on Tuesday and condemned the violent attack and demanded the speedy resignation of the VC M Jagadesh Kumar.

Universities Across India and the World Condemn JNU Violence

While the JNU attack has been condemned by several universities across the country and citizen groups are mobilising to condemn the attack, a growing number of celebrities too have come forward to support the JNU community.

Actress Deepika Padukone visited the campus on 7th January to express her solidarity with those attacked during the crackdown. Protests in solidarity with JNU are going on even outside JNU and in premium as well as lesser known universities across the world.

While the attack on JNU captured the attention of the national media what cannot be denied is the fact that during the entire unfolding of the tragic incident, the VC and his entire administration showed extreme callousness and appeared disinterested in either reporting and later condemning the incident.

Videos that emerged in the couple of hours after the attack on JNU show the remarkably insignificant presence of the police and the administration in either dealing with the crisis at hand or taking the adequate measures to punish the perpetrators of the attack. The Registrar of JNU issued a statement only at 9pm, two hours after the attacks had started. Even in the aftermath of the incident, the VC M Jagadish Kumar has done little to reassure the students and check on their mental and physical wellbeing inside the campus.

Not in Isolation, Culture of Violent Onslaughts?

This attack has come about twenty-three days after the police led violence inside Jamia Millia Islamia and Aligarh Muslim University.

The violence that broke out in these universities was targeted at those who had been protesting against the government’s recent policies such as the CAA and the NRC. But what made the JNU incident slightly different from what happened in JMI and AMU was the fact that this time around, instead of the police it was masked goons who stepped into the campus and launched an attack on the students and teachers.

What is more, as students and teachers were brutally attacked inside the campus- outside the university gate, political leader and activist Yogendra Yadav was stopped from entering the campus and was attacked for speaking to the media. Even the street lights inside and outside the university premises were turned off and this helped the attackers to easily carry out their mission.

It is important to remember that university campuses ought to be spaces that nurture young minds by encouraging the culture of debate and discussion and  they ought to be places that cultivate an egalitarian, non-hierarchical and assimilative milieu that encourages quality research, the culture of world class academics, the ethos of democracy, equality and secularism and nurtures the future generations. It would not be wrong to say that universities are the life blood of a democracy.

Ironically, we find ourselves at a time when citizen participation and mobilisation throughout the country is underlining the urgency of saving the Constitution and the basic principles of liberty, equality and fraternity along with the freedom of speech, and all these movement are reviving to full strength.

But amidst all of this, the unimaginably ruthless and condemnable attack on JNU shall put us all to shame. The teachers and students of JNU deserve an answer from both the university administration as well as the Central government.

As they demand that the Vice Chancellor M Jagadesh Kumar along with Registrar Pramod Kumar take not only the moral responsibility for the attack but also resign to this effect, it is time to acknowledge and take corrective measures that ensure such incidents don’t unfold in future.

They have also been demanding proper medical aid for those injured, a guarantee on their safety inside the campus and a fair and impartial inquiry to hold the perpetrators responsible.

It is the time for all politically conscious, morally alive and responsible citizens of the country to stand in solidarity and condemn not only the attack on JNU but all kinds of attacks on India’s democratic and secular character. Its time to save India’s Constitution! 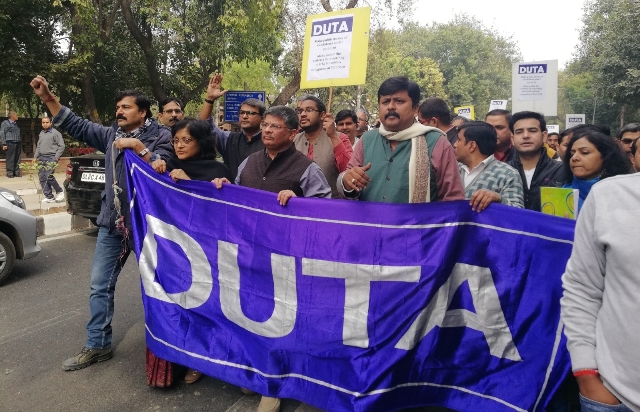 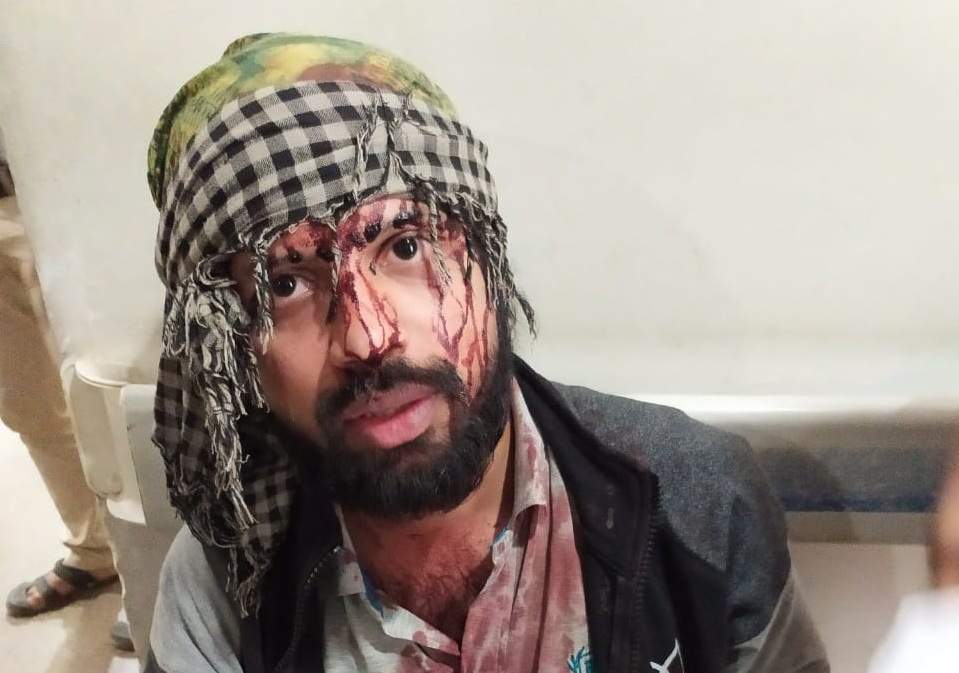 Seeing Through the JNU Art of Resistance