Home - OPINION - JNU Violence, Democratic Dissent and What it Means to be Politically Awakened in Hard Times
OPINION

JNU Violence, Democratic Dissent and What it Means to be Politically Awakened in Hard Times

The recent violence that broke out in JNU, makes us ask pertinent questions on the autonomy of institutions, the culture of dissent and what democracy holds for a youth that knows how to question. 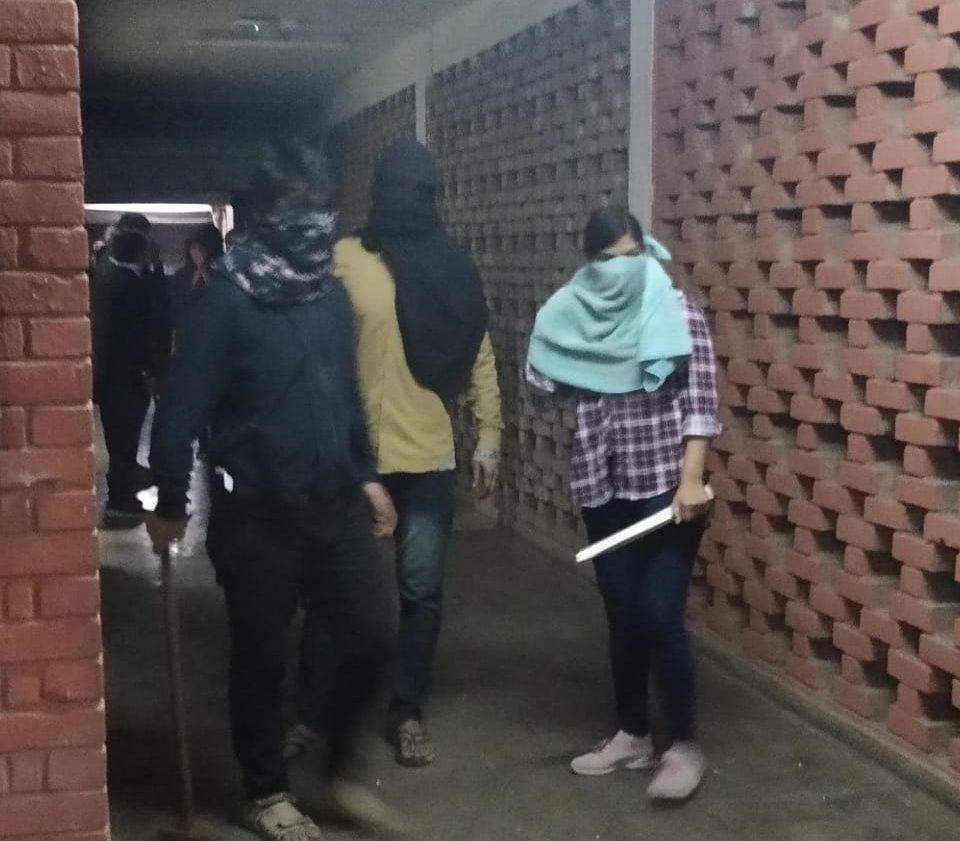 The recent incident in JNU makes you question the sovereignty of an institution in this country. Over the past few years, JNU has been consistently subjected to vilification by the authorities, and simultaneously by the society as well. But this is the price one pays for a free society, or as one might say for liberty in education. Transcending the cultural norms of an institution in this country, JNU has provided an example of a university that does not work for the needs of the society, but contests to makeshift some essential social, political, cultural and economic changes that makes such a society.

The standard norms of a university, in the present culture, provides to an individual part of it, a privilege of being part of it. The privilege that the university offers to an individual has made universities a corporate structure — that ensues the onset of competing against each other, making knowledge a phenomenon and bloating in self-fulfilment; thus, as a result, a conformist subservience to the privilege and inequity, that placates current social and political formula. An idea of a university enriching community of identities and encouraging a discourse, has fallen prey to a monotony that monetises on economic privileges.

The student movement in America, during the Vietnam war, served as a huge opposition to the long standing presence of the U.S. military in Vietnam, addressing which Noam Chomsky writes,

“With the depoliticization of American society in the 1950s and the narrowing of the range of social thought, the university seems to have become, for many students, almost, the only center for intellectual stimulation.”

Therefore, the action of vandalism and fear mongering in prestigious universities, which we have seen lately, is an attempt to hollow out the institutions of its role in society and make it synonymous to the “narrow range of thought in society”.

The defaming of an institute and its students for a party’s political asylum is a history that keeps repeating. But it also becomes important to understand the manipulation by the authority to demonise such an institution is possible because, like in the American society, the Indian society also have experienced a depoliticisation of discourse. This depoliticisation of discourse in society has been achieved in part because of the growing disparity in the economic structure where societal needs are replaced with material needs. The personal struggle and the personal success, ensured by the ones on top of the economic chain, has affected the bourgeoisie in ways that leads to the alienation of intellectuals.

Hence the student movements in JNU and universities alike should be of thought to the responsibilities of a university that has long been overlooked and succumbed under the traditions of a voluntary disparity between university and the social structures. One might say the outreach programs in universities offer a medium to study and be a part of marginalised cultures — but the question is how much of it is a discourse working towards understanding the marginalised culture and its place in India, and how much of it is exercising of the privilege — a privilege that bears its name in its corporate infrastructure — and of the egalitarian principle enforced by the university?

The student protests have been a symbol of event that appeals to a section that carries an antagonistic attitude towards politics, society and governance.

It then becomes important to ask, what is the language of protests? The impact of the protests — what message does it carry and why has it been garnering attention?

The language of the protests is unlike one that maintains an intersubjective discourse. The thing about language, as lacan suggested, is prior to saying something, it is said to a particular someone. The language of protests also follows the same trend. The meaning it establishes, before it is present in its autonomy, is present in the availability and the addressing towards a certain someone. This someone is, without a doubt, now, the government in power. Meaning in such a context, where there has been an apparent distance between the protestors and the government, is developed devoid of an intimacy with the power — intimacy that favours an understanding, or one that favours truth in speech.

Truth, caught in the dichotomy of right and wrong, the left and right, has fallen short in speech. As a result, a polarity has shaped the nation battling profusely between labels of national and anti-national. It is due to this that several other institutions have taken a march, as a show of solidarity, as an assumption to a responsibility, falling prey inevitably to a value judgement. This empty speech — the empty speech used here, in reference to lacan, signifies a voice that structures, corrects, rectifies, rejuvenates in an endless loop, as a solitary act; a lack in discourse symbolising idle talk — however has given the nation, strength and resilience to fight against the establishment. It has simultaneously disheveled the roots of trust the establishment willed from its citizens and encroached an air of critical analysis of the virtues and policies of the government, at least as a role play that reflects on the importance of universities and its function in societies.

So let us ask ourselves, for the sake of argument, were the protests inciting violence?

Questioning the structures of order does not necessitate violence. It suspends, at least for a while, the delusion that a free society is cast into. When democracy is crushed under the knees of overbearing capitalism, like with the bourgeoisie or the majoritarian, it is only dissent that can uphold its virtues, prevent it from falling into anarchy. It could be said that the reparation costs of democracy is in the hands of dissent. Dissent in a state of majoritarianism is a political act  — an act that questions status of order and privilege.

The universities, whose voices were in the forefront, are seen being framed, by the ones in power, as a ground for rebels, that pushes to threaten society’s needs. The egalitarian value of such an authority, and the egalitarian value of such a society, lies in a passive protection of power and privilege. In this state of negligence, the purpose of dissent — particularly dissent in universities for they are the “center of intellectual stimulation” — has therefore been to address the negligence that provides for the privileged. The recent event at JNU is an example of the underlying threat to dissent; the violence at the institute was not signifying dissent but rather an acute intolerance to dissent. The attack by the masked goons showed everything that is wrong with the worship of power. The idea of what a university is and what it should be is a reflection that will follow from the recent events that shaped student activism in this country.

Ayush Jain is The New Leam Staff Writer – based in Mumbai. 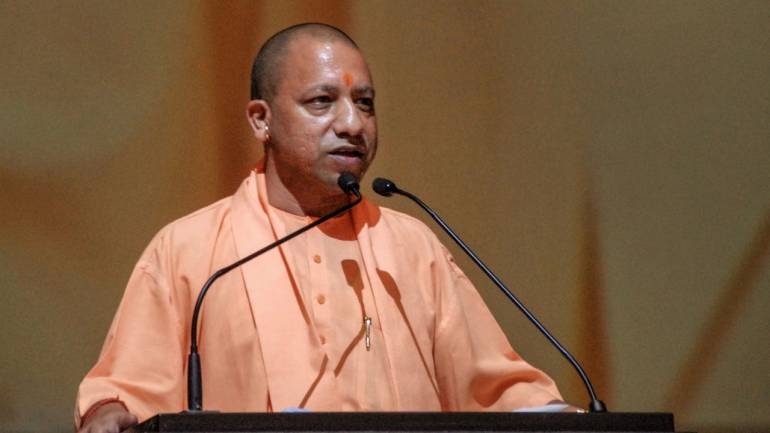 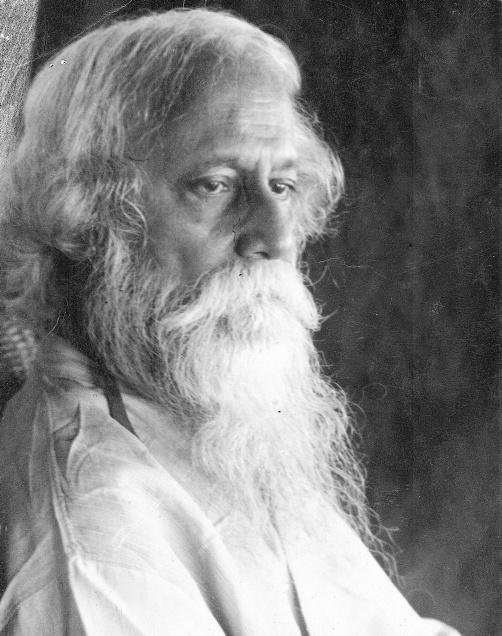 The Universal Appeal of Rabindranath Tagore 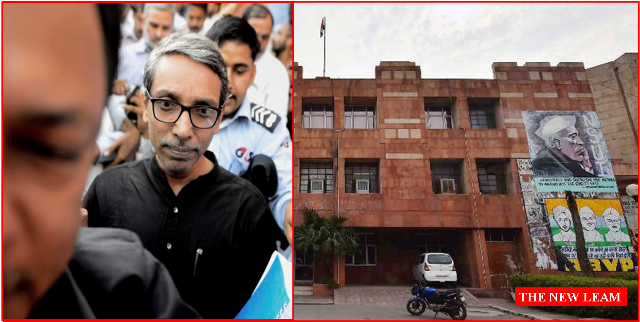