JNU students march from Mandi House to MHRD to protest against 5th January attack by masked men armed with sticks and rods and the brutal assault on students and teachers.

Violence had broken out inside the JNU campus on Sunday after a masked mob armed with sticks and rods attacked students and teachers and damaged property inside the campus. The administration called in the police to conduct a flag march. The January 5 attack on JNU has started a series of protests across university campuses against the police inaction and inability to control the situation.

JNU VC M Jagadish Kumar has been facing criticism for his inability to ensure safety and security of students inside the campus.

The students of Jawaharlal Nehru University(JNU) had planned a march from Mandi March against the recent violence that broke out inside the campus. Ahead of the march, the Delhi Police deployed heavy security and imposed traffic restrictions on the roads adjoining the university. The police also closed down Baba Gang Nath Marg, Nelson Mandela Marg, Aruna Asaf Ali Marg ahead of the demonstration by the students.

The protest is being led by JNUSU President Aishe Ghosh, who was recently thrashed by goons during the violence that broke out in the campus on Sunday. Apart from the students and teachers of JNU, several civil society organisations and citizens’ bodies took part in the protest. Former President of JNUSU Kanhaiya Kumar had earlier appealed to the people to join the protest in large numbers.

The demonstration is seeing the participation of hundreds of people including students and teachers from various universities, political leaders, activists and ordinary citizens. They are all protesting the mob violence that broke out in JNU Campus on Sunday. The march is scheduled from Mandi House to the MHRD in New Delhi. The large contingent of police personnel did not initially allow the students to leave the university campus, but they were later allowed to go for the protest in buses arranged by the police. Political leaders like Sitaram Yechury, Sharad Yadav, Brinda Karat and D Raja were present at the demonstration and expressed their solidarity with the students and teachers of JNU. 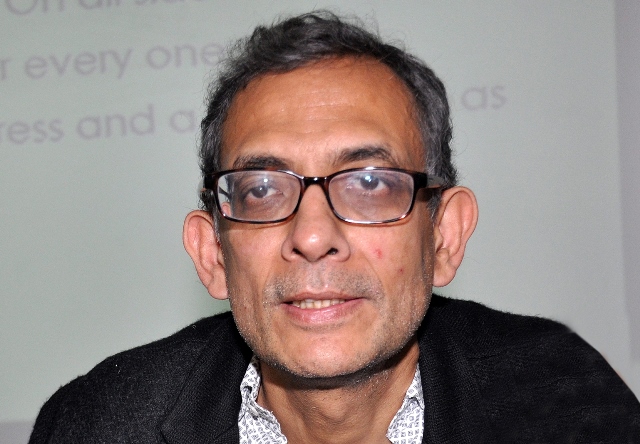 Which of the following symbols is correct for your university to adopt?