A BJP Poster and the Hollowness of Narcissism

As the BJP loses the Delhi Assembly elections, one of its posters seeks to suggest that the party is beyond victory and defeat. Should we take it seriously, or laugh at it? 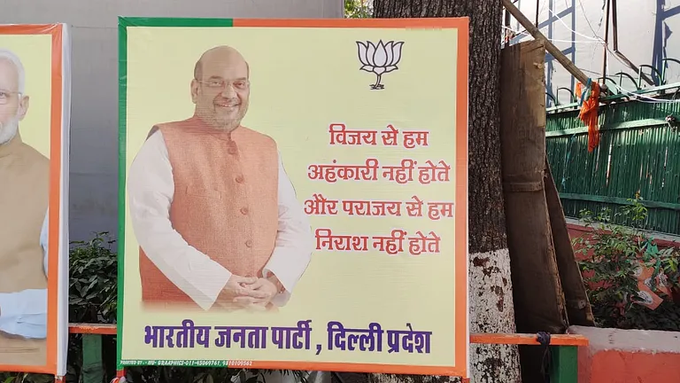 The BJP's poster on the 'futility' of winning and losing in the elections.

As I begin to watch the election results of the Delhi Assembly elections, a BJP poster strikes my attention. Yes, here is a poster that seems to have carried a message of wisdom: victory should not make us arrogant; and defeat should not demoralize us. Is it that the BJP—a party intoxicated with the smell of power or filled with the egotistic pride of triumphant majoritarian nationalism—is asking its cadres to learn the first lesson of humility? Or, is it that as the electoral victory of the Aam Aadmi Party, despite Mr. Amit Shah’s Machiavellianism, Yogi Aditynath’s communally charged toxic language, and above all, Mr. Modi’s dramaturgical speeches, cannot be resisted, a poster of this kind aims at some sort of a therapeutic healing? Does it aim at consoling those who have taken it for granted their leaders are immortal magicians always capable of hypnotizing the masses?

Well, the poster makes me think; and I am confused because the ruling party is not known to be very modest or humble. Instead, with a mind-boggling majority in the Parliament, it often expresses its politico-material and symbolic power. Its discourse of ‘nationalism’ loves to castigate all dissenters as ‘anti-national’; and with its overtly indulgent narcissistic leaders, it normalizes the culture of verbal, symbolic and psychic violence. It loves ‘war and victory’; it plays with the magic of all sorts of ‘surgical strikes’; it doesn’t think twice to humiliate those who do not fit into its meticulously designed socio-political engineering.

No, the everyday functioning of the ruling BJP does not assure us that humility or wisdom is its dharma; nor does it convince us that it has a sense of detachment. It is not easy to believe that like a transcendent seer, the BJP is indifferent to victory or defeat: the way the Bhagavadgita reflected on the rhythm of existence through an illuminating conversation between Krishna and Arjuna. In fact, unlike what this poster indicates, the BJP—like any other recklessly ambitious political party— is terribly attached to power, and the privileges it provides. Yes, its electoral machine works for the spectacular ‘success’; its propaganda machinery nurtures the culture of self-promotion (Modi as the ‘brand’ has to be perpetually constructed), and stigmatizes the opponents (‘dull’ Rahul Gandhi compared to hyper-masculine/energetic Mr. Modi); and its doctrine of militant nationalism with its Pragya Thakurs (possibly, Godse’s followers) ought to stimulate the brute instincts to annihilate the ‘enemy’ of the abstracted nation. The gestures Amit Shah emits towards the protesters at Shaheen Bagh, or for that matter, Anurag Thakur’s violent speeches are not inseparable from what the age of totalitarian politics leads to: the normalization of surveillance, brute power and the militarization of the consciousness. From the youth in the Kashmir valley to Jamia students, or from the imaginary tukde tukde gang to the dadis of Shaheen Bagh: anyone can feel the ‘shock’, and experience the wound.

This is the reason why this poster surprises me. Do I laugh at it? Do I see its absurdity? Or, do I believe that there are moments when the narcissism of the Emperor begins to look empty, and hence, he feels the need for self-introspection? 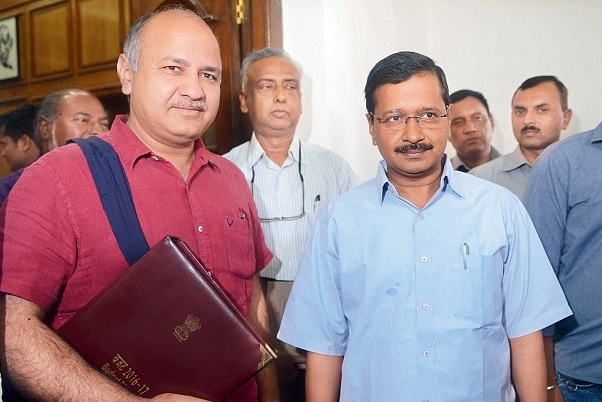 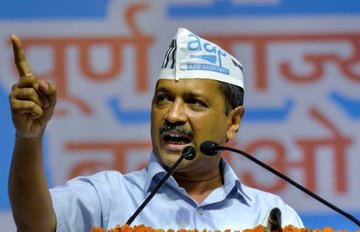