Andhra Pradesh has introduced a scheme that will deliver pensions from door to door, empowering 42 lakh pensioners. 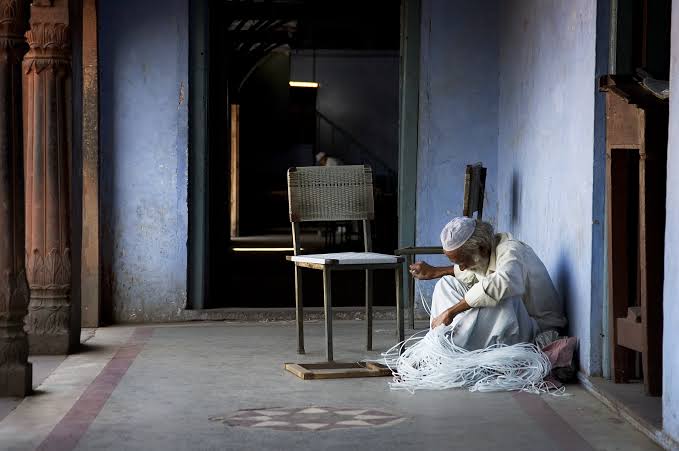 The Andhra Pradesh government has recruited volunteers to deliver pensions in a door-to-door drive. Image:Wikimedia Commons

In an interesting and positive move by a state government, in Andhra Pradesh close to 42 lakh pensioners will no longer have to run around and wait in long queues to receive their pensions.

The state government arranged for volunteers to go from village to village in every ward and hand over the pensions to more than 42 lakh pensioners in a door-to-door drive.

This is a one of a kind and unique pension drive that will reach out to people in their homes and hand over their pensions without any hassle or running around required on their part.

This is an important and positive move because it would now mean that many pensioners across the state would no longer have to perish in long queues and take ordeals to have their pensions disbursed to them.

The old, sick and physically challenged pensioners will also be greatly benefited in this process and will no longer have to run to government offices every month.

The large number of volunteers who have been appointed for the disbursement of the pensions, will go from house to house on the 1st of every month and hand over the pension after a bio-metric verification process.

In a latest tweet, Andhra Pradesh CM Jagan Mohan Reddy said that the government had already delivered the pensions of nearly 6.11 lakh new beneficiaries and any other person left out could visit the nearest secretariat and apply for the benefit.

This is a welcome move by CM Jagan Mohan Reddy especially because it would help the old, the physically challenged and the sick to receive their pensions on time and would allow them to do so from the comfort of their homes.

They would no longer be required to keep running from pillar to post to access what is their right.

The beneficiaries would benefit by simply registering themselves at the secretariat and in the comfort of their homes.

Under this scheme, village volunteers would use mobile phones connected to bio-metric devices and beneficiary data to verify the fingerprints and deliver the cash at the house of each and every beneficiary.

The list of beneficiaries includes 52.64 lakh this year. Apart from recruited volunteers, even the senior government officials went from door to door to ensure that there was a smooth delivery of the pension.

According to a statement made by the CMO, after the Jagan Reddy government came to power, it allocated Rs 15,675 crores for pensions as opposed to Rs 1,320 core offered by the previous government.

Many critics have argued that the scope for hiring volunteers to look over the process may leave space for local corruption but the authorities have denied all such claims and said that the process would be closely monitored to ensure that nothing falls out of place. The elderly, widows, single women, weavers and fishermen get a pension of Rs 2,25o per month while persons with debilities get Rs 3,000 per month in Andhra Pradesh. 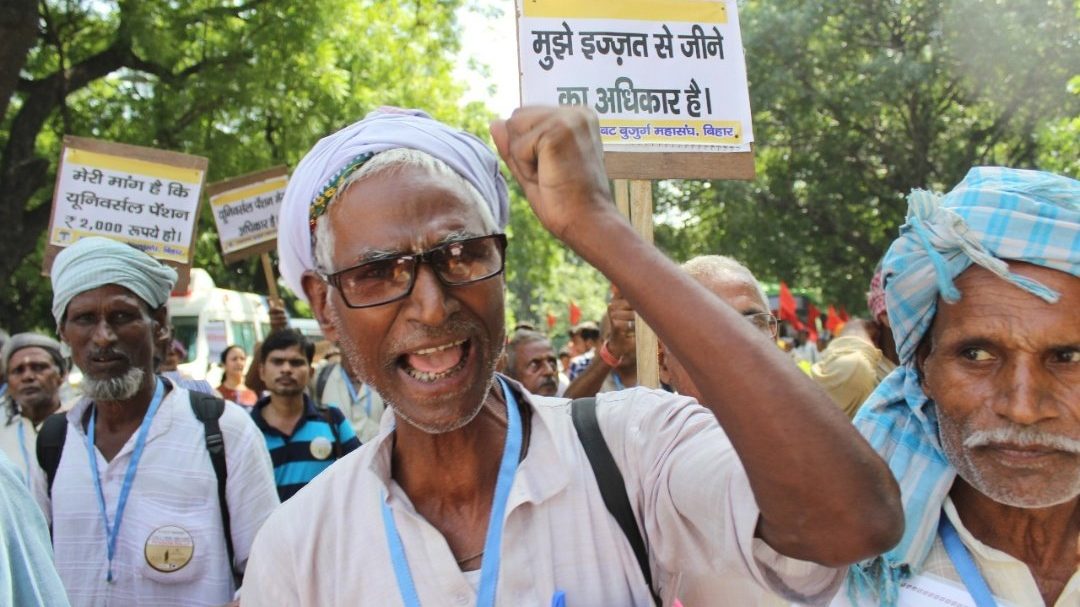 No Pension, No Support: 200,000 Senior Citizens Pushed to Indignity 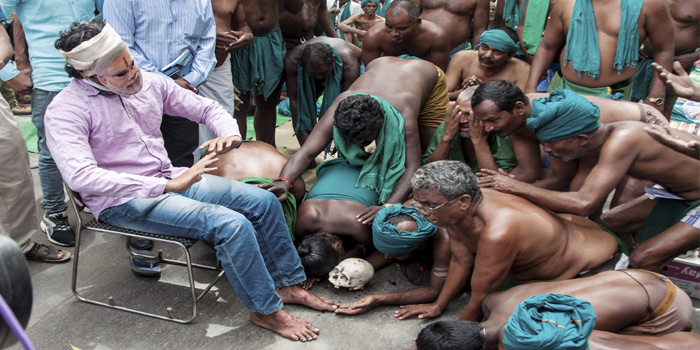 Farmers’ Politics and the 2019 Assembly Elections in Andhra Pradesh 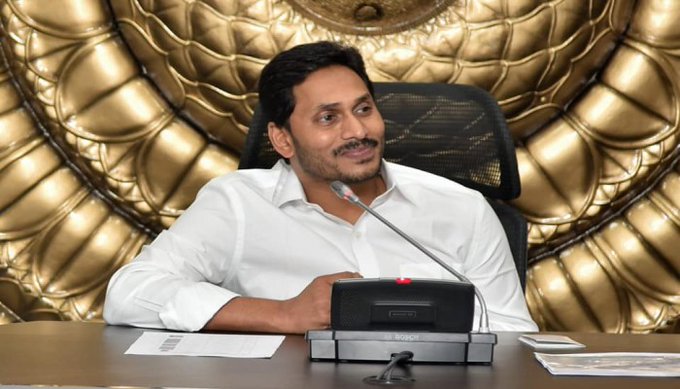