Even decades after Indian independence, caste based atrocity and rampant violence continue to fragment and fracture India’s socio-political fabric. 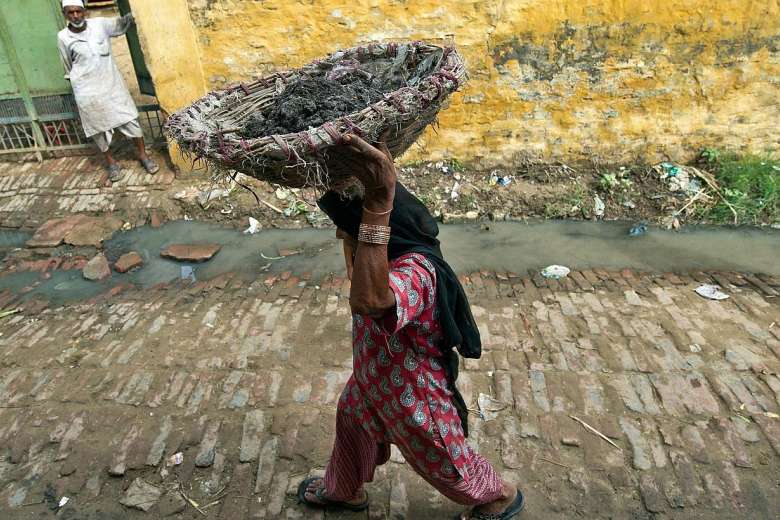 The ‘design’ of Caste operates on the universal principle of ‘purity and pollution’ as celebratedly forwarded by Dumont (1980), but the crystallization of Caste as reality has a varied facet(s). The Caste materializes itself into a huge canvas, incepting from a casteist remark to the brutal killing of the subordinate group in the traditionally created hierarchical ladder. The attitudinal and behavioral markers certainly act as a symbol that reflects the Casteist ‘architecture’ performativity in the social. To get a definitive understanding of abstractness bolted with Caste in the present scenario, data released by the state institution(s), and non- state actors assist us in that.

The National Crime Records Bureau (NCRB) is a responsible organization under the Ministry of Home Affairs to document the annual national incidence of crime under several heads. One of the important sections of this annual report reveals the status of Crime/Atrocities against Scheduled Castes (States/UTs). This piece attempts to sense the Casteism that persists in modern India; through the data emerging out of, in particular from Uttar Pradesh (U.P).

The NCRB data visibly depicts that there has been a continuous increase in the incidence of cases/ atrocities against Scheduled, but more to this it also reflects that populace of SC community is getting more aware and using their right conferred by the constitution, and making their oppression registered to the Police.

The NCRB in its annual document also takes into consideration the Crime under different heads, the Crime under section 302 (IPC) registers the incidence of murder. The close watch over this data reveals the extent of an atrocious attitude of modern society against the SC community. There has been a uniform increase in the incidence of crime/atrocities on SC’s where the rate of incidence has always been above the national rate, though we also have few instances where the State’s rate is equal to the National level. On further deliberation, it became evident that the years in which the State’s rate was equal to the national level were the years when Mayawati led Bahujan Samaj Party (BSP) was in power, i.e., from 2007-2012. B.S.P with its declared inclination on Ambedkerism and a then the popular voice for the ‘Dalits’ might be one reason when Scheduled Castes were in the relieving position. Though this is just an observation that one gets from the data, this submission still needs further forethought.

The data from 2014-2018 reveals an important point, where one can easily discover that in every year, victims are more than that of the incident reported. It means that there are certainly cases where multiple killings took place.

From various instance, we get a common image that Dalit rural women are subjected to the ghastly crime when they deviate in following the traditionally laden caste design. “One form of punishment is that either their property is burnt down or looted. The other degrading method is, women are raped, undressed and then paraded in public squares,” Shabnam Hashmi. When the incidence of Crime under the head of Rape ( Sec. 376 IPC) in the State of Uttar Pradesh from the year 2003-2018 was studied, it fairly appears that there has been a considerable increase in the cases reported under this crime head from 194 (2003) to 526 (2018). This means that in the year 2018, the state of Uttar Pradesh witnesses more than (approx) one rape incident against the Scheduled Caste women on an everyday basis. Though when we look at the annual state’s rate, we get a mixed picture after the year 2012, the state rate is less than that of the National level. But serious deliberation has to be done on the data emerging from the years 2012 and 2013. Both at the national level as well as in the state level, a steep rise in the rate is being witnessed.

Under the crime head of Grievous Hurt (where IPC sections like 325, 326 A (Acid Attack) are levied) against the Scheduled Caste community, U.P has the incidence rate of 0.7% whereas National rate remains 0.6%. The U.P state documents for 711 cases (maximum in the country) with an incidence rate of 1.7% (1.6% at the National level), under the crime head of assault on women with intent, to outrage her modesty (adults and children).

The state of the U.P also has maximum cases that were registered by the Scheduled Caste Population under Section 363 to 369 IPC, which is applied to Kidnapping and Abduction. In 2018 there were 556 cases under this head with a 1.3% rate (National rate 0.5%). The intriguing part emerges when we get to know that there were zero (0) cases that were registered for ransom. This data directly reveals that kidnapping or abduction was never for direct monetary gain, but certainly, this act can have varied reasons, from rivalry to human- trafficking.

Cases on dacoity under section 395,397,398 IPC, also interestingly has zero (0) cases reported by the Scheduled Caste populace. The data on Kidnaping and Dacoity latently also hints towards the deplorable economic condition of the SC community as well.

Untouchability continues to exist both overtly and covertly

The Indian state, upon seeing the nefarious practice of untouchability brought in the act titled Protection of Civil Rights Act, 1955. This act was prescribed to “punishment for the preaching and practice of Untouchability for the enforcement of any disability arising therefrom and for matters connected therewith.” When cases under this head were studied for the year 2018, we came across that there was a total of 228 cases reported. The situation emerged more grave when we compared it with National documentation; we came across that total cases under Protection of Civil Rights Act, 1955 was 247 (2018), it means that the state of Uttar Pradesh contributes to the 92.3% of the total reported cases. Thus it becomes very evident that the untouchability and its varied manifestations are still in practice in Uttar Pradesh and to a large scale.

State Institutions and their redressal Mechanism

The role of state institutions such as Uttar Pradesh Police (U.P.P) is also not very satisfactory, in 2018, the annual report revealed that 2024 cases are pending for investigations from the previous year. This means that after reporting the incident, no police intervention was carried out. And this number (2024) drives Uttar Pradesh into first place on pending cases from the previous year when compared with other states.

More questions are deemed to be raised on the functioning of UPP when the report reveals that 1463 cases are true but lacks evidence, are untraced, or there is no clue. Interestingly in India, the total number of cases under this heading are 1955, which means that the U.P has almost 75% of the total case at India’s level under its belt. These troubling data depict the ignorant attitude of U.P police towards the cases on atrocities against the Scheduled Caste population.

The Indian judicial system is a heavily burdened institution with a huge chunk of cases that are pending; there are 47359 cases under the atrocities on Scheduled Caste that are pending solely in the state of Uttar Pradesh. U.P has the largest share in the pendency of the cases followed by Bihar (34949). But the appreciative part lies with the judiciary when we see the conviction rate in the Uttar Pradesh, which numbers to 55%, whereas the national rate remains 28.5%. Certainly, there remain many miles to cover for the judiciary to develop its structure more efficient.

NCRB  data is the mere tip of the iceberg

The foremost thing one has to keep in mind is that data extracted by the NCRB is a mere tip of the ice-berg. In India, due to various reasons, we remain to have an under-reporting of the crimes. Thus the state has to strive for making that kind of conducive structural mechanism as well as a favorable atmosphere where individuals, regardless of their marginalities, can freely register their oppressions.

Bhawesh Pant is doing his M.Phil at Centre for Study of Social Exclusion and Inclusive Policies/TISS/Mumbai. 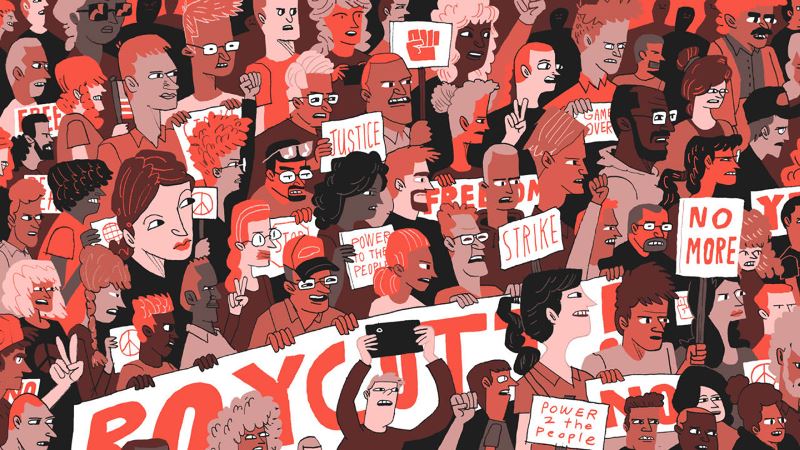 Democracy and Dissent- A Contemporary Reflection 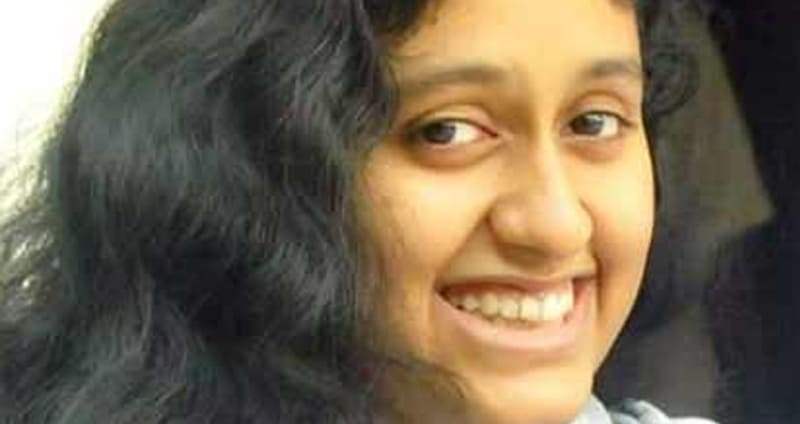 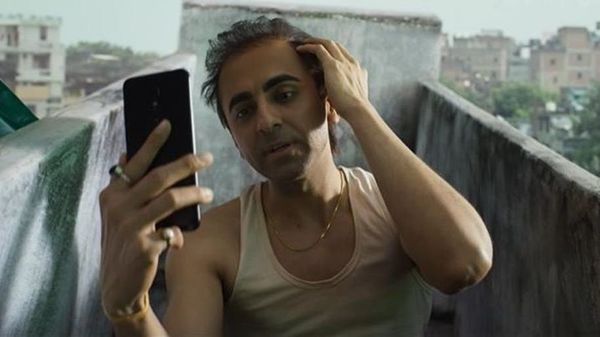