The Need for a Renewed and Revised Democratic Framework in India

The article discusses the need for redefining and rethinking a democratic framework that is inclusive and in sync with the Indian sensibilities. 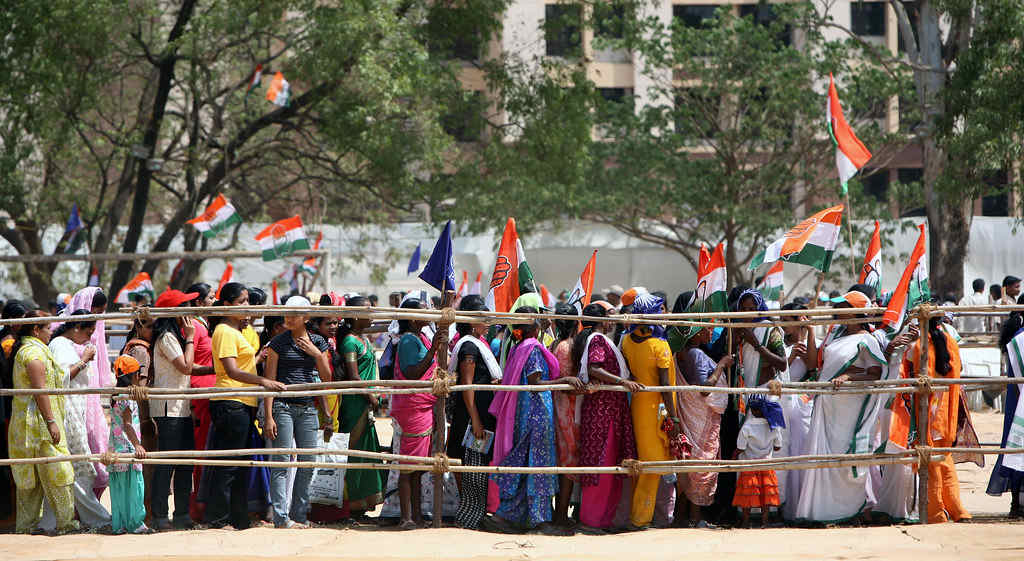 This result we are eyeing from this exercise is to touch upon the relationship between conception of the nation-state, and inclusive democratic framework. The understanding of this interface becomes very cardinal for the fragile expressions of democracy which in India we are witnessing today.

The Nation-State is a product when world order witnessed a confluence of ‘nationalism’ with the modern notion of the state. There were other occasions when it was a modern state that fostered the spirit of nationalism to provide the people inhabiting its boundaries with viable nationalist ideology.

The emergence, sustenance, and flourishing of different ‘nation-state’ became difficult tasks for theoreticians as it contains several historical complexities.

How such a fluid entity was able to maintain its existence amidst many mammoth turmoils, the answer lies in the ‘flexibility’ of the concept which is very important for its being. The concept of ‘nation-state’ is different from ‘totalitarian’ or ‘communist’ notion of state. The latter two functions under the fixed episteme with little or no scope of alteration, but contrary to this ‘nation-state’ doesn’t follow any orthodox doctrine and leaves enough scope of adjustments keeping local concerns into consideration.

This submission rejects the primordial understanding of what the likes of Smith (1989) and Nagel (1994) forwarded and the instrumentalist insights cherished and advocated by Brass (1994) on the emergence of  ‘nation-state.’ The effort to “offer the ultimate formula for the origin of the nation-state” (Ben-Israel, 2011) is not something sane in which one can delve in.

There never remained a trajectory of nation-state globally, some were the creation of economic turmoil, others were curated by military intervention. I will also not move my intervention in providing some enveloping definition to the nation-state. Instead, I believe what Mosse (1990) forwarded that “ the tendency of groups to bind themselves is old and persistent, whether tribal gods or national cultures serve as the binding symbol.” In order to have a sense of outcome which has the methodology of egalitarianism, one has to reverse their approach of discerning ‘nation-state.’

If we are still holding the archaic understanding ‘nation’ as a companion of totalitarian or authoritarianism then I guess we are limiting our horizon of inquiry. Alternately we should see ‘nation’ as a “twin sister of democracy.” (Kaldor, 2004) There are several examples that “rulers of multi-ethnic empires in the 18th century tried to unify their population by means of language, education, administration, economic interdependence, and unitary law.” (Smith, 1998) It does not always happen that nationalism divides but it can also curate the intimate relationship between government and citizens. The pluralistic countries such as India certainly need a ‘thread’ across its diversities which can act as a potent binding agent, and nationalism has that potential when it is judiciously shaped keeping varied cosmologies into consideration.

The essential alter(native) for the present notion of the nation-state is ‘multiculturalism.’ The basic argument which ‘Multiculturalism’ demands is recognition of disparate identities and cultures. In the same tenor, Kymlica (1995) carefully examined the demands from “ three kinds of minorities, national, indigenous and immigrant for equal recognition of cultural and collective rights.” And these demands have to be forwarded using sanctioned means and channels. The interaction between the citizenry and the state becomes cardinal. The author when developing its conception of ‘nation-state’ adopts the understanding from post-colonial literature where Bhabha (2012) opines for ‘cultural hybridity’ that entertains “difference without an assumed or imposed hierarchy.” Bhabha’s this conception latently suppresses the urge of ‘ethnocentrism’ thus curbing the scope of turning the concept of ‘nation-state’ exclusionary.

India faces many challenges due to diversified demands from the subordinates, thus effective state-citizen interaction becomes cardinal. India still holds the old governance style in which the flow of information is always from top to bottom, where key stakeholders hail from particular epistemic privileges. This type of governing methodology lacks in the ‘state-local interaction’ which leads to ‘information asymmetry.’ Though India has constitutional provisions for Panchayati Raj, which in theory talks about bringing democracy at the grassroots level and to diverse cosmologies. But it became another working ground for the few (big parties, dominant caste, etc.) and didn’t achieve significantly for which it was really brought in. The real question in front of India is to make its “representative democracy more represented.”

The inclusive governance which we are eyeing has to initiate with creating a noble ‘idea of democratic citizenship.’ For this, we should strive to “build collaborative relationships with citizens and groups of citizens, encourage shared responsibilities, disseminate information to better inform discussions, and seek opportunities to involve citizens in government activities. Included here would be allowing citizens to reframe issues that have been set for discussion.” (Lenihan, 2009) More to this, the spaces have to be paved for non-government organizations and active voices from civil society.

The ‘participatory democracy’ calls for the involvement of citizens and involvement in levels. The first level of involvement deals with, “simply providing information to citizens and relevant groups, to the other extreme of empowering them with actual control over the final decision. Second, there are many options about who to involve. Third, there are different mechanisms for involving stakeholders, which relate to the different levels of involvement. Finally, both the level of involvement and the method used can vary at different stages in the policy cycle.” (Edwards et.al, 2012) The Inclusive Democratic Governance (IDG) not only sees citizens as a mere ‘voters’ but calls for a conducive platform where ‘direct deliberative engagement’ of citizens with the pressing of the time.

How policy in the ‘participatory governance’ will look like, the policy will have the knowledge, motives, and expectation of common and diverse citizenry at its foundation. Participatory governance structures are therefore regarded as innovative democratic mechanisms. They promise more inclusiveness and better responsiveness by inviting ordinary citizens to participate in the policy process and by promoting dialogue between participants with various backgrounds and values (Smith, 2009; Warren, 2009) The participatory governance comes with two wings; it’s an ‘articulative’ and interest-based logic, and a more ‘deliberative and integrative’ logic, on the other. (Gustafson & Hertting, 2017)

The democratic governance wants inclusivity at three plains, equal treatment, equal rights before the law, and equal participation. Each and every with their latched vulnerability has to “have the right to participate meaningfully in governance processes and influence decisions that affect them.” (Clarence & Sudarshan, 2007) This means that the state’s- institutions, processes, and agents of interaction have to be accessible and responsive.

The inclusiveness cannot be just achieved through policy intervention, instead, it calls for change at conceptual, strategic, methodological, and institutional design. Our language, agents channels, and criterion passively spawn to exclusion. A ‘participatory inclusive governance structure’ is needed which has to be more interactive and flexible as well. The bureaucratized structure has to be rationally de-centralized where divergent voices and disparate concerns of populace located at the periphery and turned periphery can be heard and effectively responded.

Bhawesh Pant is a Research Scholar at Centre for Study of Social Exclusion and Inclusive Policies, Tata Institute of Social Sciences, Mumbai. 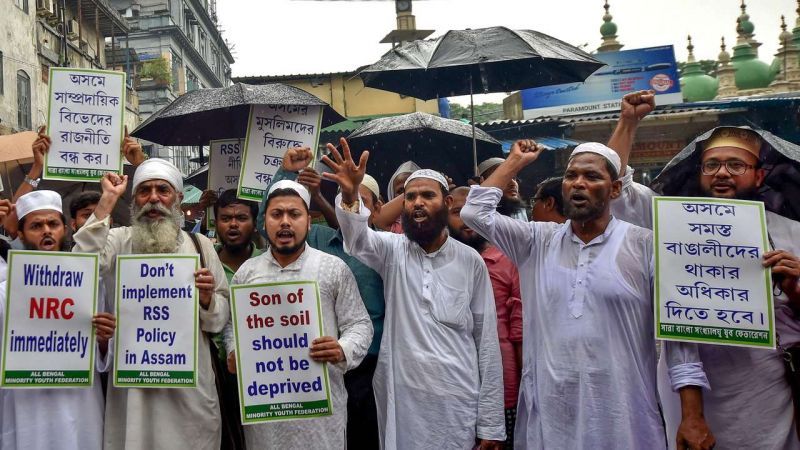 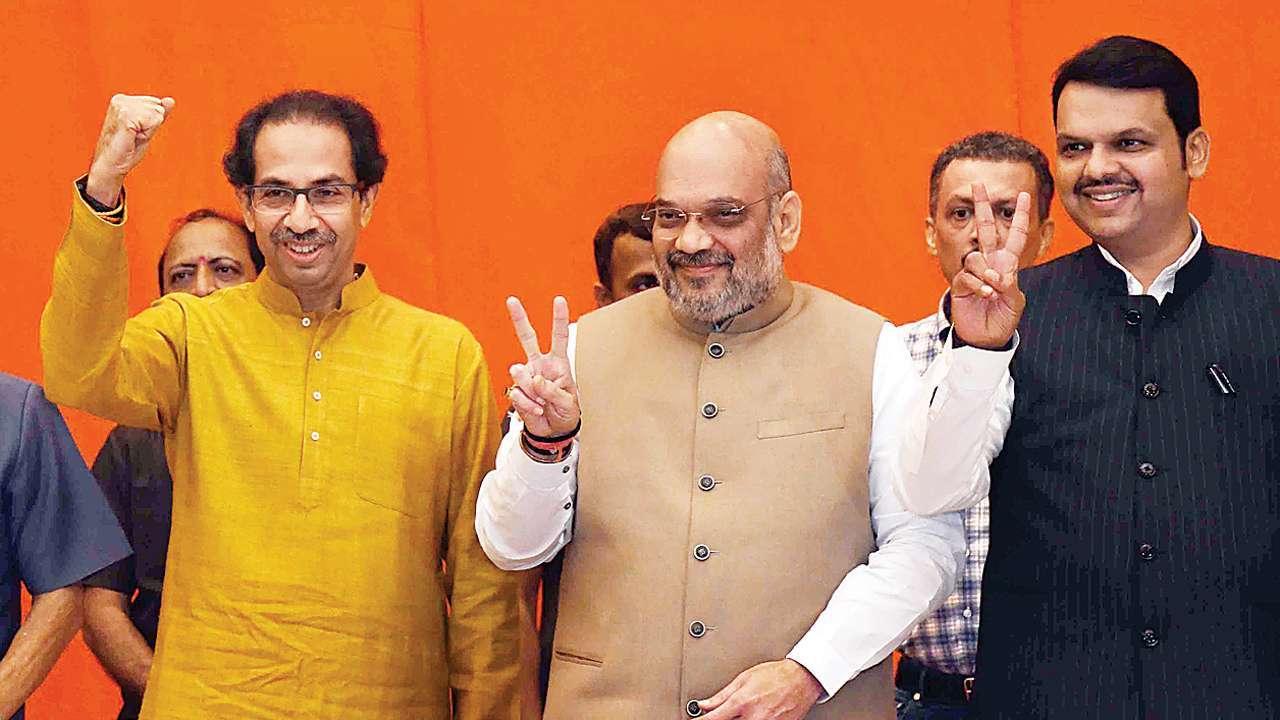 Who will be Maharashtra’s Next CM?